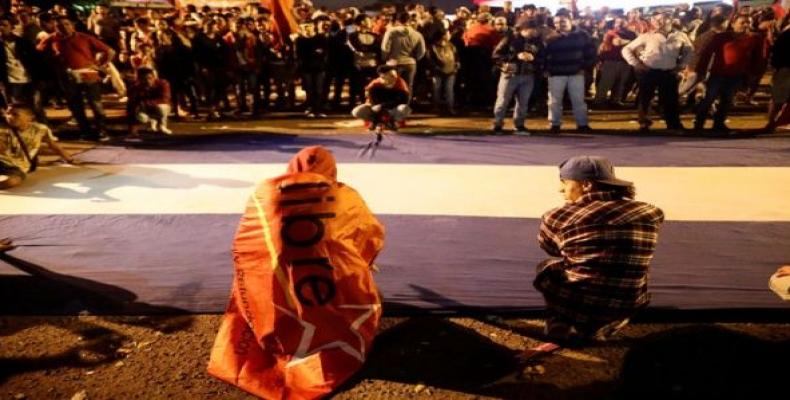 Tegucigalpa , November 30 (RHC)--Honduras’s presidential candidate, Salvador Nasralla, rallied his supporters early Thursday to protest peacefully in defense of the votes, while awaiting for the pronouncement of the highest electoral body on suspicion of "fraud".

" They take us for idiots and want to steal our victory. I call my compatriots, whom I thank for being on the streets defending our votes, to  manifest themselves peacefully and do not let themselves be provoked by the activists of  Juan Orlando Hernandez,”Nasralla said through his social media accounts.

The data has been released by the website of Supreme Electoral Tribunal (TSE), which has been strongly criticized both by the opposition candidate and by the Honduran population.

"We demand to see and compare with ours the 5,174 acts that were entered into the system without being sent via scan from the polling stations," said Nasralla

Early on Thursday the police fired tear gas to disperse Nasralla's supporters from outside the electoral tribunal.

The contested Honduran presidential election took a new turn Wednesday when the current president overcame his rival, in an outcome that could plunge the country into a new political crisis, after the TSE offered its first results on Monday.

Since the afternoon of Tuesday, the TSE began spreading sporadic updates of the count on its website.

Nasralla demanded that the TSE explain why the system "had a computer glitch and fell at three o'clock in the afternoon (3:00 PM) on Wednesday. During that long lapse of time they took advantage to put their master, JOH, in the lead."