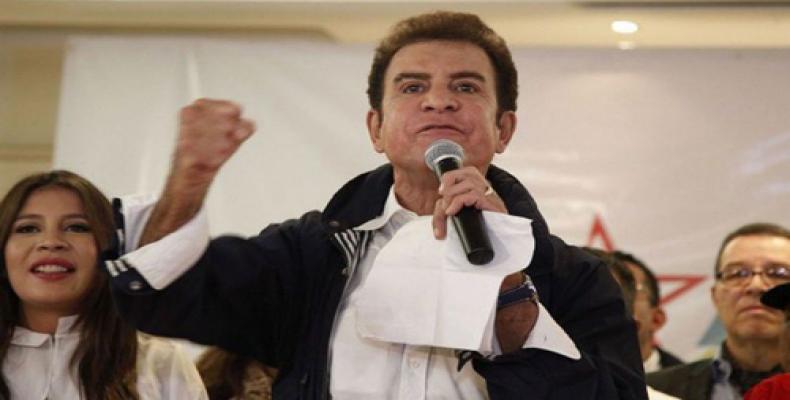 Tegucigalpa, December 7 (RHC)-- The candidate of the Opposition Alliance, Salvador Nasralla, says he won the presidential election on November 26, and reiterated that there was blatant fraud encouraged by the government of incumbent Juan Orlando Hernandez.

ON Wednesday he requested that an international court revise the 18,103 ballot sheets from the election after considering that the Supreme Electoral Tribunal (TSE) of Honduras lost legitimacy.

"We cannot just rely on one part and continue with the same referee, this TSE referee is disqualified to continue, there cannot be credible elections if there was so much inconsistency."

He also denounced that in the last 72 hours they had discovered numerous irregularities committed on the same day of the transmission of the ballots.

"I did not win by five percent in the broadcast that was made on Sunday, I won by 12 or 15 percent. In other words, there was a blatant robbery on Sunday with the transmission of the results. The people want the truth to come out, "he said.

Nasralla recalled that these elections would be a plebiscite to validate the re-election of Juan Orlando Hernández, but he failed because he did not get 50 percent of the vote.

He also thanked the participation of international observers and recalled that without their work "we would be in the law of the jungle. The presence of them has reduced the level of violence that could be expected in view of the arbitrariness."