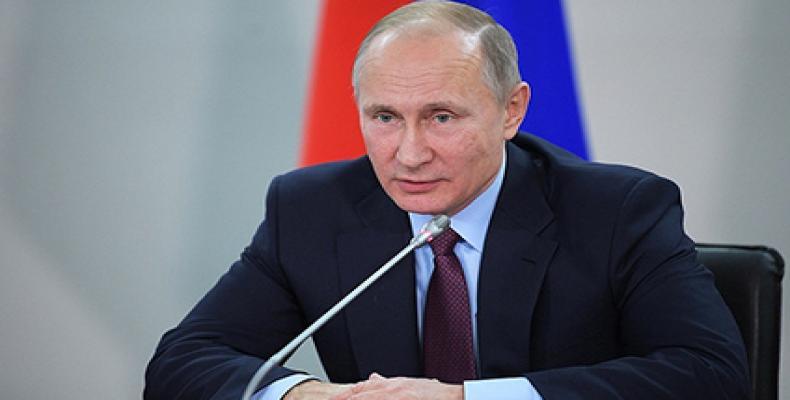 Hmeymim, December 11 (RHC-Agencies)-- Russian President Vladimir Putin has made a surprise visit to a Russian base in Syria and ordered his troops to start withdrawing from the war-torn country.

“Over slightly more than two years, the Russian Armed Forces have routed together with the Syrian army the most combat-capable grouping of international terrorists," Putin said.

"In view of this, I have made a decision: most of the Russian military contingent staying in the Syrian Arab Republic is returning home, to Russia," he said.

Putin warned that if terrorists again raise head in Syria, Russia is ready to deal a new blow against them.

Putin made the stop in Syria on his way to Egypt, where he met with President Abdel Fattah el-Sisi later on Monday.

Russia began its operations in Syria in September 2015, after an official request by the Syrian government for military help against rebel groups.