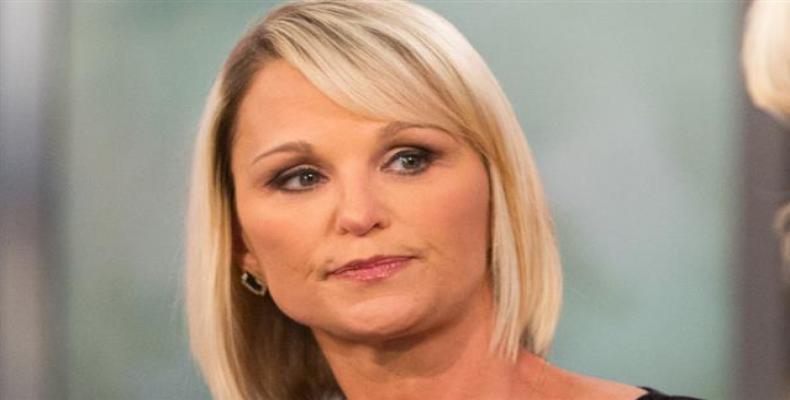 New York, December 12 (RHC)-- A former Fox News anchor has accused U.S. President Donald Trump of making an unwanted sexual advance on her in an elevator and joked about it later on.  Juliet Huddy, who worked with Trump’s favorite news outlet for more than a decade before ending her contract in 2016, told an online morning show that the Republican president tried to forcefully kiss her in an elevator after taking her to lunch at Trump Tower.

“He took me out to lunch to talk about maybe me doing something with ‘The Apprentice.’  He used to watch ‘Fox & Friends,’ the show I was hosting on the weekend.  Whatever, everything was fine. It was a weird moment.  He never tried anything after that, and I was never alone with him,” she said, noting the encounter took place sometime in 2005 or 2006.  Trump married his third wife, Melania, in January 2005.

Trump’s fixation with the host did not end there, as years later, he joked about the issue when appearing on her Fox News morning talk show.  “Trump was a guest and he came on stage.  He said, to the audience and producers, not on camera: ‘I tried hitting on her but she blew me off.’  He was laughing,” Huddy said, adding she was not offended by the move back then.

President Trump’s sexual victim thinks her case is forgotten amid growing sexual scandals in Hollywood and the U.S. political scene.  “Now I have matured I think I would say; ‘Woah, no’, but at the time I was younger and I was a little shocked.  I thought maybe he didn’t mean to do it, but I was kind of making excuses,” the former host added.

Juliet Huddy was among the women who accused Fox News star Bill O’Reilly of sexual abuse, forcing him to leave the network in one of the most high-profile sexual scandals to hit the U.S. media.  Huddy took a shot at Trump for defending O’Reilly and claiming that the accusers were not telling the truth.

“I’ve seen him [Trump] many times over the years and he’s always been nice…. When all the stuff came out about Bill O’Reilly, Donald Trump was one of the people who said: ‘I don’t believe this happened and I don’t believe he did it’… I was actually very disappointed in Trump,” she said.

Besides Juliet Huddy, at least 15 women have accused Trump of unwanted sexual advances. The Republican head of state has dismissed the claims as part of a politically motivated smear campaign.