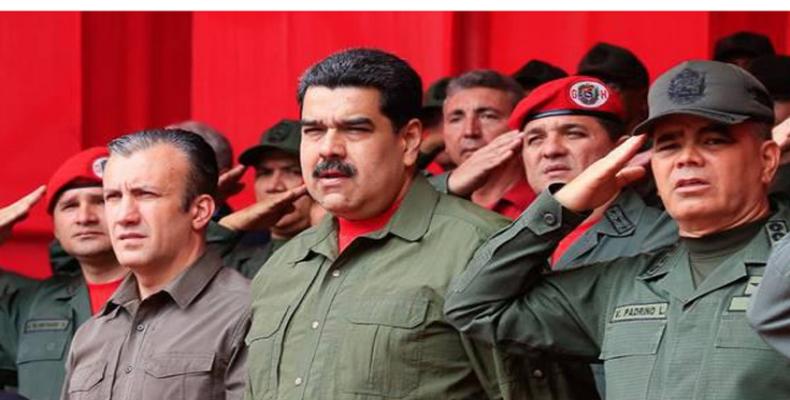 Caracas, December 29 (RHC)—At a year-end ceremony for Venezuela’s Bolivarian National Armed Forces (FANB) on Thursday, President Nicolas Maduro highlighted the armed forces’ victories in the last year, and announced that in 2018 a “popular defense system for peace” will be launched.

The system will be supported by a people's militia.  Analysts consider that its creation bothers some sectors in the US who are encouraging an armed aggression against the South American country.

During the ceremony, held at the Ministry of Defense in Caracas, Maduro stressed that 2017 was a heroic year, where it was demonstrated that no effort will succeed in toppling the Bolivarian Revolution.

The Venezuelan leader made reference to the violence seen in April, May and June of this year, fueled by the protests of the right-wing opposition, and he described that period as the “the most perverse in generations."

Nonetheless, the Venezuelan president stated the country was able to triumph “over the oligarchic guarimbas”, and that it was the year of the popular union of the Bolivarian National Armed Forces with peasants and workers.

He warned that the U.S. imperialism and the government of President Donald Trump are still attempting “to bring down the Bolivarian Revolution,” and he called on the Venezuelan people to not back down and continue to resist the aggression.