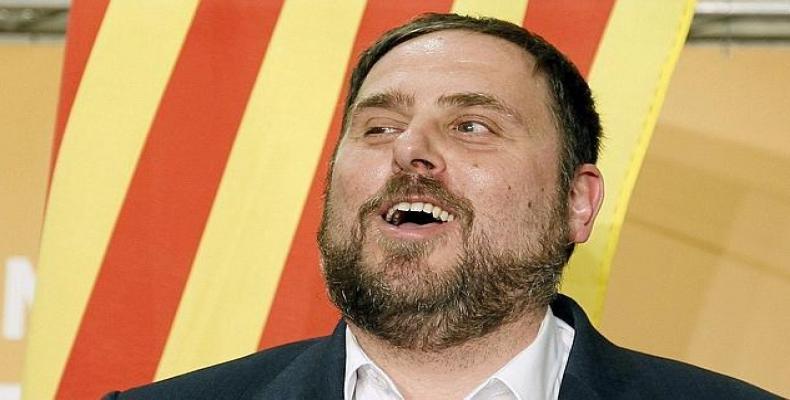 Madrid, January 6 (RHC)-- Spain's Supreme Court on Friday decided not to release former Catalan vice president Oriol Junqueras, jailed while he is investigated for rebellion and sedition over the region's independence drive.  Three judges ruled unanimously that "there are signs that Junqueras committed the offenses of rebellion, sedition and misuse of public funds," a spokesman for the Madrid court said.

They also decided there was a risk he would "re-offend as there is no sign that the defendant has any intention of abandoning the route he has followed until now."  The court also denied claims that Junqueras, in custody since November 2, was a "political prisoner" as claimed by his supporters and those who want independence for Catalonia.

The judges said that the Constitution allows for the defense of any political position, "but this must be defended without committing any offense."  Junqueras was instrumental in Catalonia's attempt to break away from Spain via a referendum that took place on October 1 despite a court ban and a unilateral declaration of independence later that month.

After the declaration, Madrid sacked the regional government including Junqueras, imposed direct rule on the semi-autonomous region, dissolved its parliament and called snap Catalan elections.  The polls on December 21 saw separatist parties, including a ticket led by Junqueras's leftist ERC party, retain their parliamentary majority and the former vice president elected as a regional lawmaker despite being in prison.

Junqueras argued before the judges on Thursday that he should be released to be able to take his oath as a lawmaker, his lawyer, Andreu Van den Eyden, told reporters.