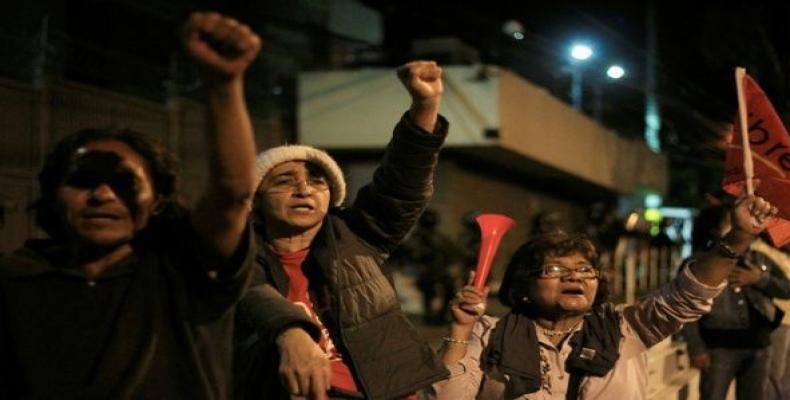 Tegucigalpa, January 6 (RHC-teleSUR), -- Honduras' Supreme Electoral Tribunal, TSE, has dismissed an election annulment appeal presented by the Opposition Alliance and have reaffirmed Juan Orlando Hernandez as the winner of the presidential election.

It said the facts presented in the appeal did not establish grounds to nullify the election, considering inadmissible the 12 petitions made by Hernandez's opponents, especially the Opposition Alliance led by the former presidential candidate, Salvador Nasralla. Their review of last year's “contentious” election was marked as “concluded.”

For his part, Nasralla had denounced fraud based on irregularities of the process in which Hernandez won with 42.95 percent of the vote, while his contender took home 41.24 percent.

In response to the TSE announcement, opposition parties have called for a national strike from Jan. 20 to 27, as well as mass demonstrations starting today.

Protesters are also poised to boycott Hernandez's swearing-in as president, which is scheduled for Jan. 27.

Mass demonstrations erupted throughout Honduras after the TSE declared Hernandez winner of the presidential election. The army imposed a 10-day curfew, and at least 30 people were left dead.