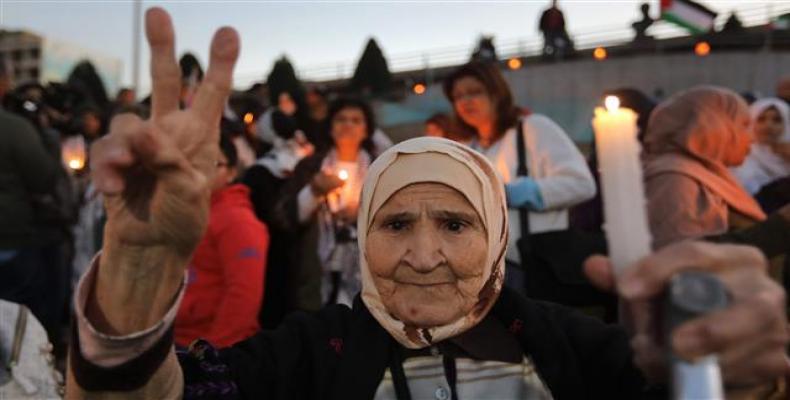 Washington, January 8 (RHC)-- The United States has reportedly cut off $125 million in funding for a UN agency that provides aid to Palestinian refugees, less than a week after U.S. President Donald Trump threatened to hold back future aid payments to the Palestinian Authority (PA).

The Axios news website, citing three unnamed Western diplomats, said that the sum -- one-third of the annual U.S. donation to the UN Relief and Works Agency for Palestine Refugees in the Near East (UNRWA) which was expected to be delivered on Monday -- was frozen until the White House finishes its review of aid to the PA.

Last week, Trump, in a number of tweets, threatened to cut Washington's aid to Palestinians, currently worth more than $300 million a year, alleging that the PA was no longer willing to engage in the so-called peace talks with Israel.

Tensions between the U.S. and Palestinians escalated greatly after Trump announced last month that Washington would recognize Jerusalem as the capital of Israel and would relocate the U.S. embassy in Israel from Tel Aviv to the occupied city.

Palestinians condemned the decision, asserting that the U.S. has no credibility as a Middle East peace broker.  The dramatic shift in Washington's policy vis-à-vis the city triggered demonstrations in the occupied Palestinian territories, Iran, Turkey, Egypt, Jordan, Tunisia, Algeria, Iraq, Morocco and other Muslim countries.