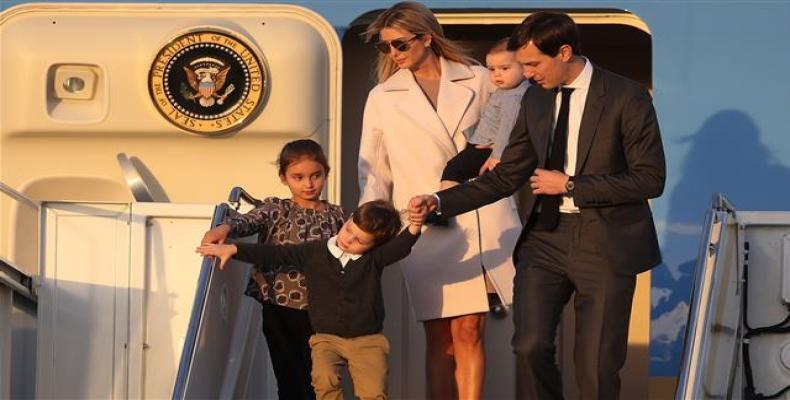 Jersey City, January 18 (RHC)-- In the United States, students at Frisch School in New Jersey, where Jared Kushner once attended, have been encouraged to send letters thanking U.S. President Donald Trump over recognizing Jerusalem as the capital of the Israeli regime.

"Dozens of parents at a prominent Orthodox Jewish high school in New Jersey are furious that their children have been asked, without parental consent, to write letters of support to U.S. President Donald Trump," the Israeli newspaper Haaretz reported Wednesday.  Rabbi David Sher, the school's Israel education and advocacy director, reportedly sent an e-mail to the kids, asking those who "believe that the president made the right decision," to sign a pre-written letter.  The attempt to promote Trump's globally condemned decision is sponsored by NORPAC, a right-wing pro-Israel political action committee.

"As a religious Zionist school, we encourage our students, as civic-minded American citizens, to write to the administration when they agree or disagree with the government's policies regarding the State of Israel," Frisch principal Rabbi Eli Ciner told Haaretz in an e-mail.

On December 6, Trump sparked international outrage as he declared that Washington was recognizing Jerusalem as the capital of Israel and that he had instructed his administration to begin the process of moving the American embassy from Tel Aviv to the ancient city, claimed by Palestinians as their capital.

Kushner, Trump's Jewish son-in-law, serves as the president's envoy on Middle East issues.  Ivanka Trump's husband is also a person of interest in the ongoing probe into Russia's alleged intervention in the 2016 presidential election that Donald Trump pulled off.