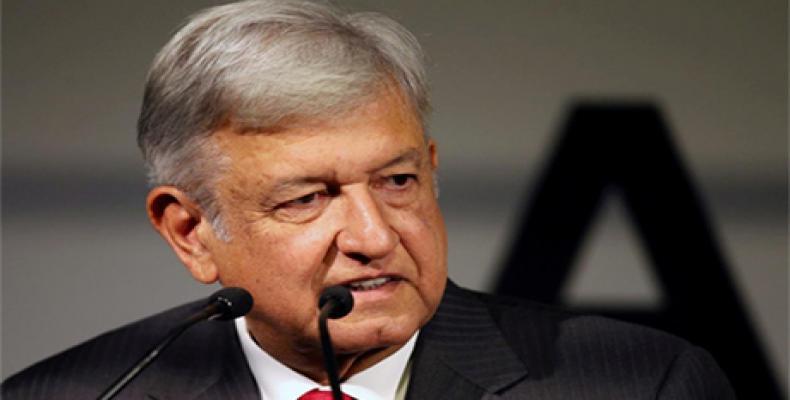 In second place, with 26 percent support, is Ricardo Anaya, the former head of the conservative National Action Party (PAN), who is leading a right-left coalition into the race,

Trailing in the third place, with 16 percent backing, is Jose Antonio Meade, the former finance minister aiming to secure the nomination of the ruling Institutional Revolutionary Party, or PRI.

Lopez Obrador has been an outspoken critic of U.S. President Donald Trump’s anti-immigration policies and proposals and has vowed to raise awareness in Mexico and the U.S. about the state of immigrants’ rights.

Telesur reports that his campaign for the National Regeneration Movement (MORENA) party will focus on tackling inequality and corruption, and he has also promised to increase the minimum wage and pensions, guarantee jobs and schooling for over 2.5 million youth, and tackle violence, among other proposals.

Lopez Obrador ran for president with the PRD in 2006 against Felipe Calderon and again in 2012 against current President Enrique Peña Nieto, both of the PRI. Both elections were mired in controversy and were hotly contested.

After the 2012 election, Lopez Obrador withdrew from the PRD and formed his own political party, MORENA