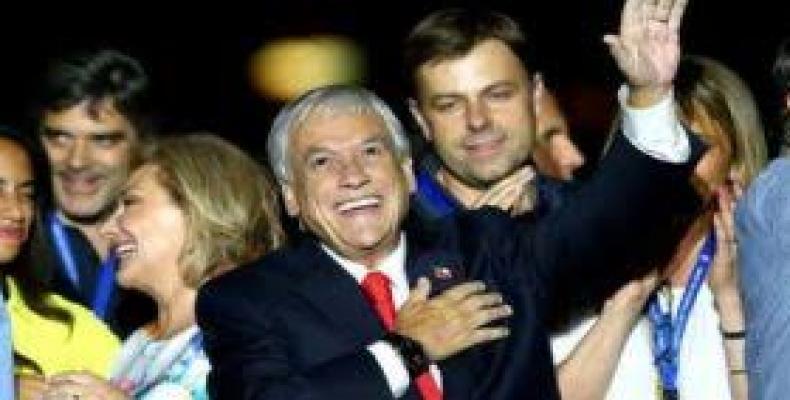 Santiago de Chile, February 6 (RHC)-- A group of far-right lawmakers asked Chile's recently elected President Sebastian Piñera to pass a bill that would restore the death penalty in the country, with the pretext of the murder of a baby girl in the south of the country.  In an open letter to the president, five legislators of the Independent Democratic Union (UDI) argued that that the measure was necessary considering the “bad intentions” and “zero respect for life” of the murderer.

Senator Ivan Moreira, from the same party -- a far-right group with origins in Chile's former military dictatorship under Augusto Pinochet -- said he had always supported the death penalty and would approve the bill.  However, Moreira admitted that the bill would probably not pass because it would first require a reform of the Constitution first and the abandoning of several human rights international treaties.

Felipe Harboe, a lawmaker for the center-left Party for Democracy, condemned his far-right counterparts as “populist and ignorant” who only made the announcement in order to gain popularity while knowing it would never be approved.

The death penalty was abolished in the country in 2001 during the government of Ricardo Lagos Escobar. However, Chilean legislators only recently (2010) considered implementing a law condemning femicides, or the murder of women.

Most lawmakers —beyond those who have just criticized this man's “no respect for life” — have reluctantly approved a bill finally allowing a woman to terminate her pregnancy if her life is in danger or if the pregnancy was the result of a rape, after two years of debate.

Sebastian Piñera, who made his fortune introducing credit cards to Chile in the 1980s, recently appointed Isabel Pla to the new Ministry of Women and Gender Equality, a notorious anti-abortion activist, and also member of the Independent Democratic Union party.