Venezuela: Opposition Does Not Sign Agreement, Yields to US Pressures 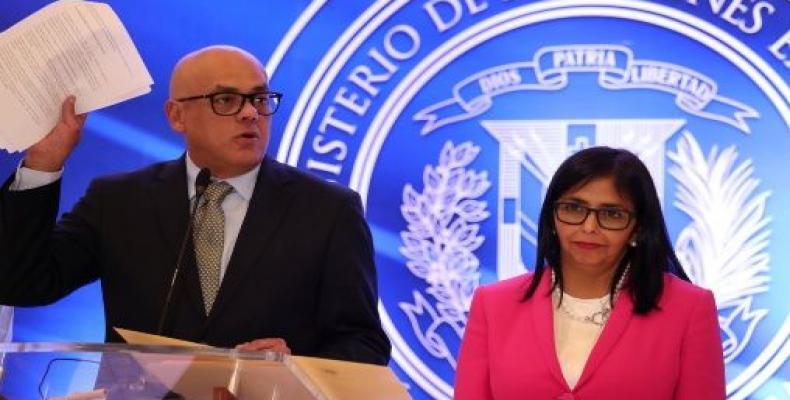 Santo Domingo, February 7 (RHC)--The head of the Venezuelan government delegation to the dialogue with the opposition being held in the Dominican Republic said Tuesday that the opposition's refusal to sign the final agreement is a result of the pressures excerted by US State Secretary, Rex Tillerson.

In remarks to the press Jorge Rodriguez said Tillerson made a phone call to the head of the opposition delegation, Julio Borges, asking him not to sign the final text, which contains the points previously agreed between the two parties on January 31.

The text, called Agreement of Democratic Coexistence covers issues such as electoral guarantees, the existance of an observer and auditing mission; constitutional order and the rule of law, and the social and economic situation, among others.