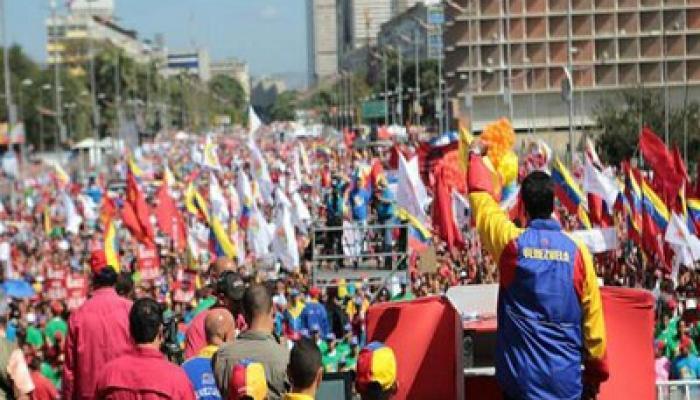 Caracas, February 24 (RHC) -– Supporters of Venezuelan President Nicolas Maduro have taken to the streets of the capital Caracas amid continuing political tension in the South American country.

On Sunday, thousands of people took part in a rally called the "March of Seniors" in downtown Caracas to show their support for the government.

The rally came a day after 25 people were injured during the largest anti-government demonstrations in the capital.

President Maduro has accused the U.S.-backed opposition of seeking to topple his government by promoting social unrest that have so far cost the lives of nine people and injured dozens of others.

The Venezuelan government has already expelled three U.S. embassy staff members for attempting to infiltrate universities and provoke unrest across the country.