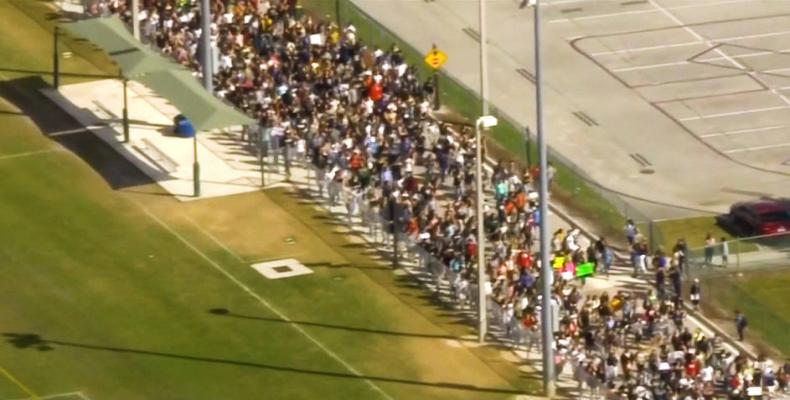 Washington, Feb 22 (RHC)-- Students across the United States -- from Minnesota to Colorado to Arizona -- walked out of classes Wednesday to demand stricter gun laws.  They carried signs reading “Make us safe” and “Bring on the politicians!  We will rise!”

Outside the White House, hundreds of students from Washington, D.C.-area high schools rallied and staged a sit-in protest.

The students’ lobbying efforts came a day after Florida lawmakers rejected an open debate on whether to ban large-capacity magazines and semiautomatic rifles like the AR-15 used by the shooter, a former student named Nikolas Cruz.

President Trump proposed ending “gun-free zones” at schools, and called for teachers to be armed with concealed handguns.