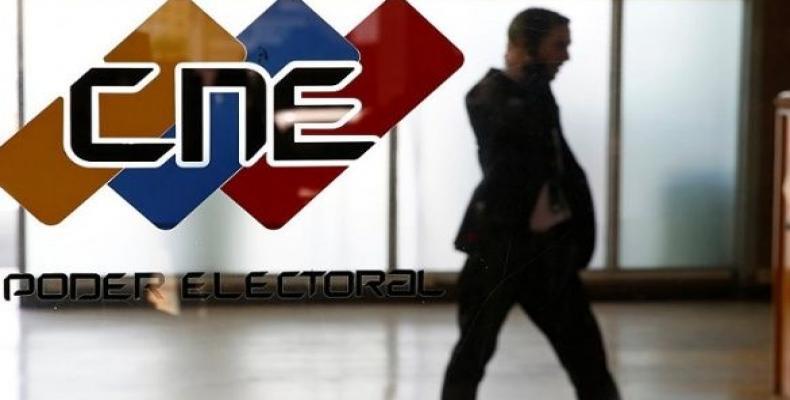 Caracas, Feb 27 (RHC)-- Venezuela's National Electoral Council, the CNE, has opened official registration for candidates wishing to participate in the upcoming presidential elections scheduled for April 22nd.  Beginning Monday, the CNE has been accepting formal applications from the candidates.  The window for candidate registration will close Friday, March 2nd.

The application form has been available online over the past several days and candidates must now deliver the forms to the CNE, along with other related documents requested by the council.

President Nicolas Maduro registered his candidacy Tuesday and has called on Venezuelans to rally this week in support of the 2018 presidential elections, amid boycott calls from adversaries of the Venezuelan government, including the United States and its regional allies.

The opposition coalition Democratic Unity Roundtable, or MUD, has signalled that it would not be participating in the elections, however some independent candidates have expressed their intentions to contend for the South American nation's top post.

Reinaldo Quijada of the '89' Popular Political Unity movement launched his candidacy for the presidency Monday, while evangelical pastor Javier Bertucci, the leader of the Maranatha Pentecostal Church, has expressed his intentions for office last week saying he would “bring Jesus” to Venezuela.

However, it remains to be seen if Bertucci will be able to participate, given criminal charges for smuggling and operation of tax havens against him.