Thousands of U.S. troops in Israel for joint military drill 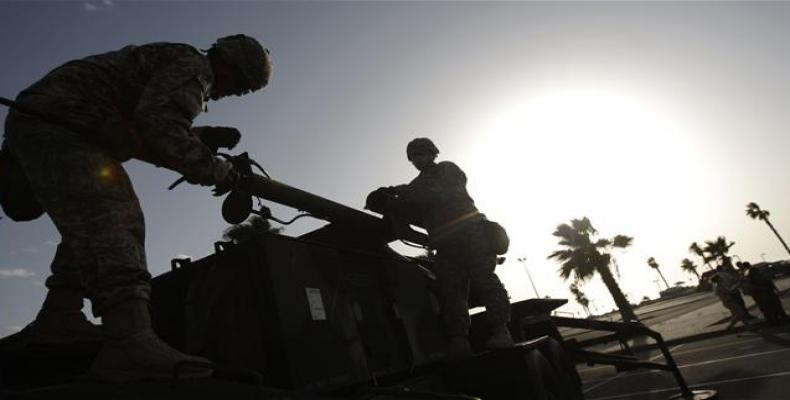 Tel Aviv, Feb 28 (RHC)-- Thousands of U.S. troops have been stationed in Israel to participate in a joint military exercise with Israeli forces amid escalating tensions in the region.  The biennial Juniper Cobra drill is set to start on March 4th and will continue until the 15th, with participation of 2,500 forces from the U.S. European Command and 2,000 Israeli soldiers.

The number of troops shows a substantial increase compared with the previous drill in 2016 in which 3,200 soldiers participated.  According to the Israeli army, some American troops will stay in Israel until the end of March and continue training the Israeli soldiers, the Times of Israel reported.

This year, the maneuver will include advanced computer simulations of a massive ballistic missile attack against Israel as well as some real-world activities.  During the 2018 Juniper Cobra drills, the U.S. and Israeli forces will train on the long-range Arrow and Patriot air defense systems, the medium-range David’s Sling, and the short-range Iron Dome.  This will be the first time that the David’s Sling will be used in a Juniper Cobra exercise.

The exercise comes a few weeks after the Syrian air defense systems struck an intruding Israeli F-16 warplane which attacked a drone base in central Syria whose unmanned aerial vehicles were used against the Daesh terrorist group.

Apart from the years-long military conflict between Damascus and Tel Aviv over the Israeli-occupied Golan Heights, Israel has also nearly come to blows with Lebanon over a wide range of issues.  Israel waged two all-out wars against Lebanon — in 2000 and 2006 — but fell short of its military objectives in both cases in the face of strong resistance by Hezbollah and the Lebanese army.

Ever since their latest military confrontation, Tel Aviv has been taunting Lebanon by violating the Arab country’s territorial integrity and staging assassinations against top commanders of the Lebanese resistance movement Hezbollah.

Moreover, senior Israeli and U.S. officials held a meeting in Washington last December during which they agreed to form an alliance to counter Iran in the Middle East region, curb the Islamic Republic’s influence in Syria and block Tehran’s support for Hezbollah.

Israel reportedly seeks a similar alliance with Saudi Arabia against Iran and Hezbollah. In November 2017, Hezbollah Secretary General Sayyed Hassan Nasrallah said Saudi Arabia has appealed to the Israeli regime to launch a military onslaught against Lebanon in the name of fighting Hezbollah, and is ready to spend billions of dollars to attain this objective.