Nicaraguan president condemns expulsion of Venezuela from Summit of the Americas 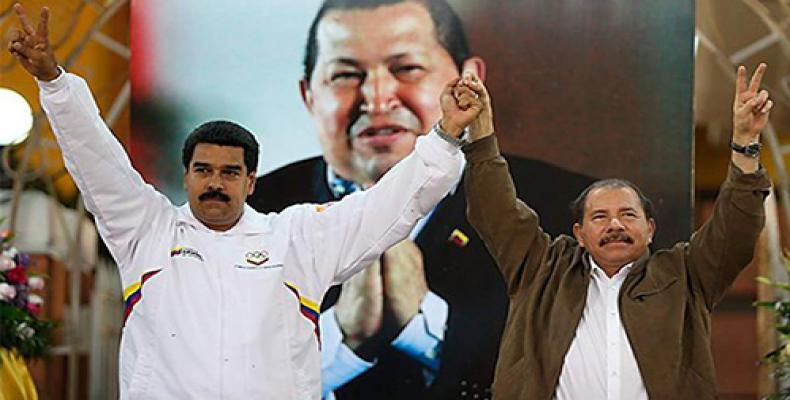 Managua, March 21 (RHC)-- The government of Nicaragua has published a letter condemning Peru's decision to exclude Venezuela from the VIII Summit of the Americas, scheduled to take place in April, in Lima.

In the letter, which was made public after Peru’s Foreign Minister Cayetana Aljovín confirmed receipt, on Tuesday, Nicaragua urged Peru to reconsider the decision and harshly criticized their anti-peace stance.

Citing a proclamation signed by members of the Community of Latin American and Caribbean States (CELAC)in 2014, Nicaraguan president Daniel Ortega told his Peruvian counterpart, Pedro Pablo Kuczynski that the banning of Nicolas Maduro is “contrary to the Purposes and Principles of the Charter of the United Nations and the Proclamation of Latin America and the Caribbean as a Zone of Peace."

The Nicaraguan head of state recalled that in issuing that proclamation, CELAC members pledged to "solve disputes through peaceful means with the aim of uprooting forever the threat or use of force" and to observe "their strict obligation not to intervene, directly or indirectly, in the internal affairs of any other State, in complete adherence to the principles of national sovereignty, equal rights and self-determination of peoples."

In February, Peru announced the decision to disinvite Venezuelan President Nicolas Maduro from the summit after a meeting of the Lima Group, an ad-hoc alliance of 14 countries, which was created in August 2017 to so-called "monitor" the situation in Venezuela.

While the United States welcomed the move, Venezuela and several other Latin American countries, including Bolivia, Cuba, Ecuador, Uruguay, Antigua and Barbuda, and Nicaragua have shown solidarity with the Bolivarian nation, arguing that the Group has no power to decide which member states can or cannot attend the OAS meeting.

The decision by the Lima Group coincided with former U.S. Secretary of State Rex Tillerson's Latin American tour, during which he advocated further sanctions against Venezuela, even suggesting a military coup in the South American country.