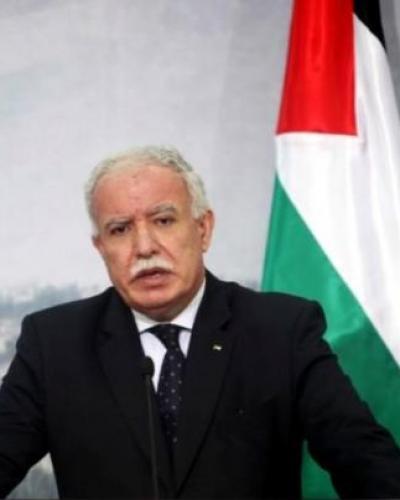 Malki spoke at a joint press conference with his visiting German counterpart Heiko Maas after his meeting with the Palestinian President Mahmoud Abbas at the Ramallah headquarters.

He reiterated the Palestinian position that the U.S. administration "is not an acceptable mediator between Palestine and Israel," after its recent unilateral decision, recognizing Jerusalem as Israel's capital.

Meanwhile, also on Monday, the Israelis inaugurated a new government-sponsored settlement in the occupied West Bank.

The establishment of the settlement, known as Amichai, would be home to about 40 families.

Israel occupied the West Bank in the 1967 Middle East war and has kept its control over the territories, despite international criticism.

The settlements are illegal under international law and constitute the main obstacle to peace.