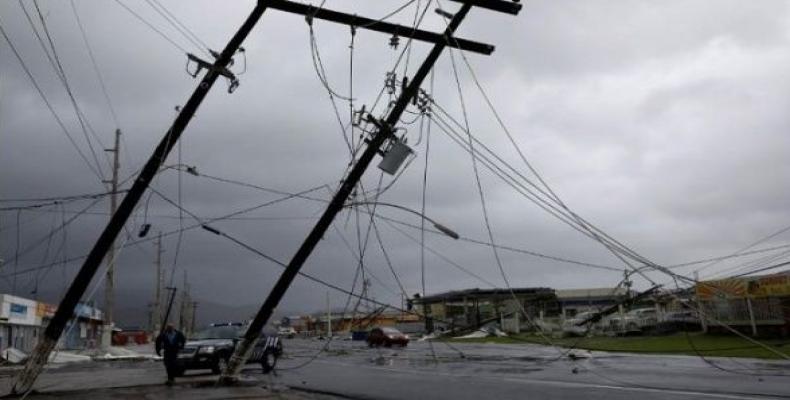 San Juan, April 27 (RHC)-- The United States government has four days to explain to the Puerto Rican senate why tens of thousands of residents continue to live in shelters without basic necessities, according to island officials.

After almost eight months since the Hurricanes Maria and Irma crashed into the island last September, dozens of the cities remain dark and abandoned without running water or electricity.

Island government officials gave an ultimatum to federal agencies to provide a plan detailing exactly how they intend to meet the needs of the rural mountain towns and bring the U.S. colony back to its feet.

Protests have engaged hundreds of people who, together with the support of municipal administrators, continue the push for equal rights as American citizens.

"It's really unfair.  I have no problem that other peoples receive electricity because it is a national need, but we’re also in need," said Rafael Jiménez, a 62-year-old resident of Las Piedras which is still without power.

Puerto Rico experienced an island-wide blackout on April 18th and crews were deployed to investigate the source of the power outage which was the first major fall back of this magnitude since the Category 4 storm hit September 20.  One week later, over 33,000 island residents remain without power.

Several labor unions and social organizations from Puerto Rico challenged the Promesa bill that imposed a Federal Oversight Board on the territory at a U.S. court on Wednesday.

According to reports from the U.S. Army Corps of Engineers, full power should be restored by the end of May.