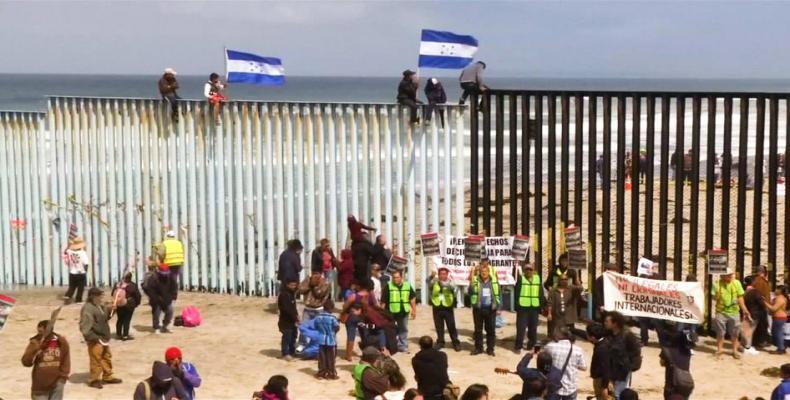 Tijuana, April 30 (RHC)-- More than 150 Central American migrants have arrived at the U.S. border in Tijuana, Mexico, where they are petitioning to receive political asylum in the United States.  The migrants are part of a transnational caravan that President Trump has repeatedly attacked.  Trump has also deployed members of the National Guard to the border.  As the migrants arrived, hundreds of U.S. citizens have offered to open up their homes and welcome members of the caravan to come stay with them, if they are allowed to enter the United States and pursue asylum claims.

Most of the migrants are from Honduras, where the U.S.-backed President Juan Orlando Hernández was recently inaugurated for a second term despite allegations of widespread election fraud in the November 26 election.  The caravan began with more than 1,000 people, seeking safety in numbers along the dangerous 2,000-mile journey to the U.S. border.