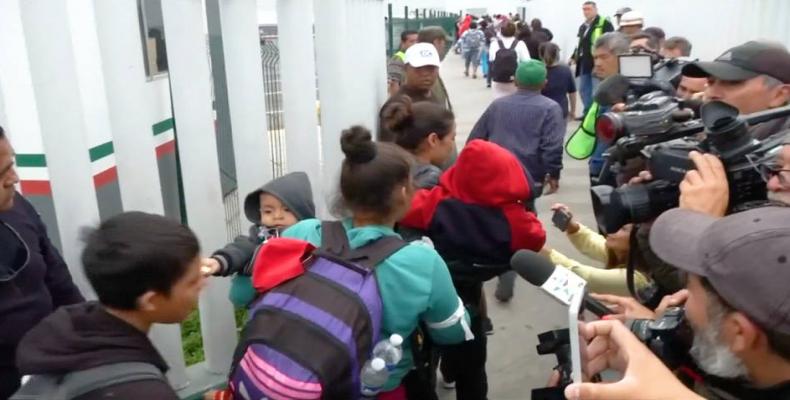 Tijuana, May 2 (RHC)-- In California, eight migrants who traveled to the U.S. border as part of a transnational caravan that has been repeatedly attacked by U.S. President Donald Trump have been allowed to enter the United States to seek political asylum.  The women and children walked through the San Ysidro port of entry only hours after Vice President Mike Pence arrived at the U.S. border and promised the migrants would be processed in line with U.S. immigration law.

Over 100 more migrants from the caravan are still camped out on the Mexican side of the border.  Immigration authorities claimed earlier this week that they arrested 11 members of the caravan for illegally entering the United States, although lawyers and organizers say the authorities have provided no evidence that those arrested were a part of the caravan.