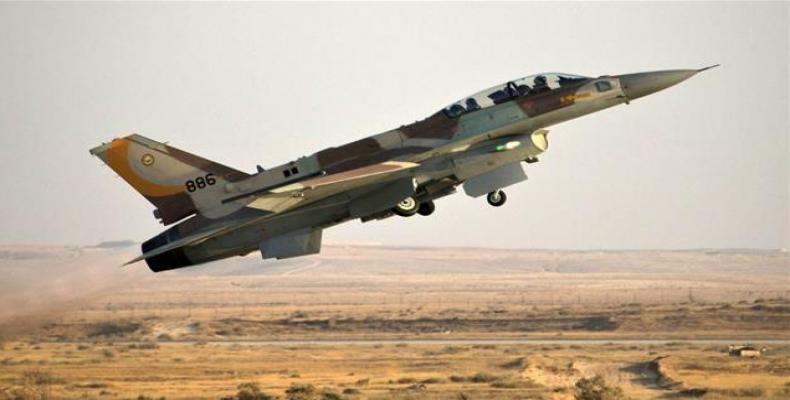 Gaza City, May 15 (RHC)-- An Israeli warplane has targeted several positions of the Palestinian Hamas resistance movement in the northern part of the besieged Gaza Strip where the Tel Aviv regime killed over 60 Palestinian demonstrators on Monday coinciding with the inauguration of the U.S. embassy in occupied East Jerusalem.

According to a statement by the Israeli military on Monday, “a fighter jet struck five” positions “in a military training belonging to the Hamas … in the northern Gaza Strip” earlier in the day.  It added that the airstrike had been carried out in “response” to what it claimed to be “violent acts” allegedly conducted by Hamas “along the security fence”, which separates the blockaded enclave from the Israeli-occupied territories.  The statement further said that earlier an Israeli fighter jet and a tank had fired at other Hamas “military positions” after fighters of the movement purportedly opened fire at Israeli troops across the border.