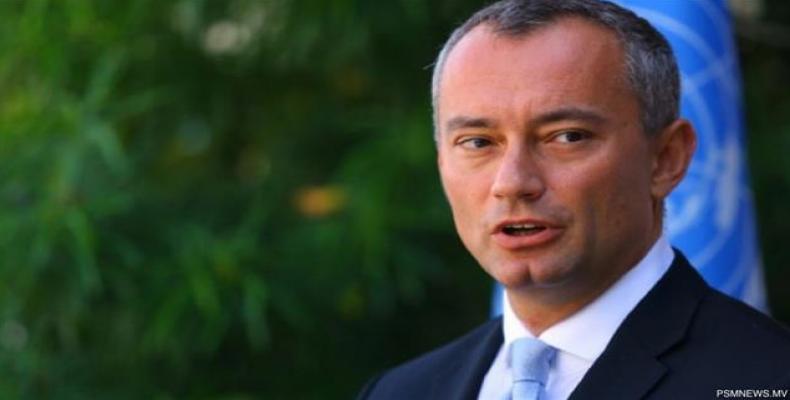 United Nations, May 24 (RHC)-- The United Nations Middle East envoy has stressed that "Gaza is on the verge of collapse."  Nikolay Mladenov gave the warning while addressing the UN Security Council on Wednesday, where he called for urgent action to relieve the suffering of Gaza's "increasingly desperate" people.

He added that people of Gaza were living with "crippling Israeli closures and with diminishing hopes for an end to the occupation and a political solution."  He noted: "Gaza's infrastructure teeters on the verge of total collapse, particularly its electricity and water networks as well as its health system."

Mladenov further called on the international community to join "in condemning in the strongest possible terms the actions that have led to the loss of so many lives in Gaza" since March.

Israeli forces killed at least 62 Palestinians during protests near the Gaza fence on the eve of the 70th anniversary of the Nakba Day (Day of Catastrophe), which coincided with Washington's embassy relocation from Tel Aviv to occupied Jerusalem.

More than 2,700 Palestinians were also wounded as the Israeli forces used snipers, airstrikes, tank fire and tear gas to target the demonstrators.