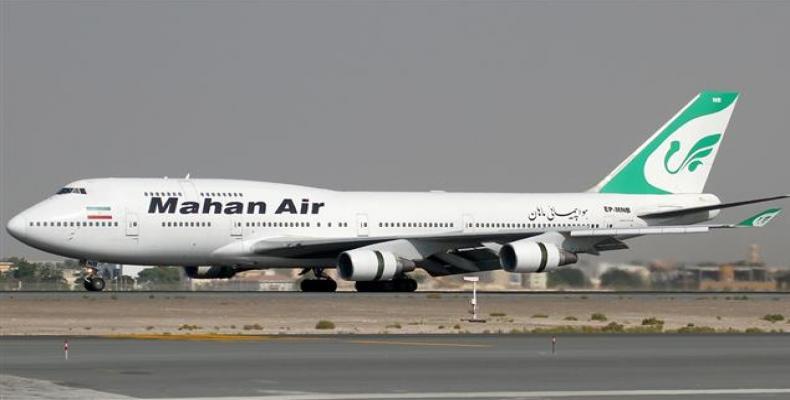 Washington, May 25 (RHC)-- The United States has imposed new sanctions against nine Iranian and Turkish individuals and companies as well as a number of aircraft providing goods and services to four Iranian airlines. The sanctions announced by the U.S. Treasury Department on Thursday, targeted the entities cooperating with Iran's Mahan Air, Caspian Air, Meraj Air and Pouya Air.

The U.S. Treasury Department claimed in a statement that the banned entities extend a lifeline to the Quds Force of the Islamic Revolution Guards Corps (IRGC). The statement alleged that Caspian Airlines and Pouya Air had ferried weapons, troops and money to Iran's allies in Syria and Lebanon and threatened to levy sanctions against the entities which grant landing rights and provide services to their aircraft.

The latest anti-Iran sanctions follow President Donald Trump’s announcement on May 8th of the U.S. withdrawal from the Iran nuclear deal, the Joint Comprehensive Plan of Action (JCPOA). Trump also vowed to reinstate U.S. nuclear sanctions on Iran and impose “the highest level” of economic bans on the Islamic Republic.

Iran has said it would remain in the JCPOA for now, pending negotiations with the other signatories in the coming weeks before making a final decision on its future role in the agreement.