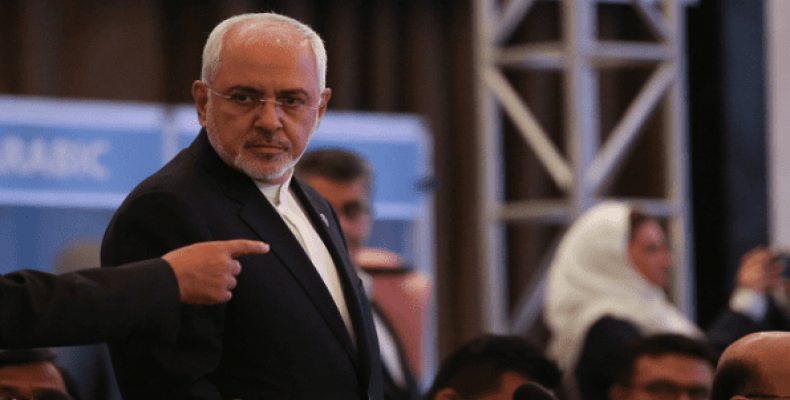 Tehran, June 5 (RHC)-- Iran's foreign minister says the world needs to stand up to Donald Trump and save the nation’s nuclear deal after the U.S. exited last month.  U.S. President Donald Trump left the 2015 agreement in May which mandated that Iran drastically minimize its enriched uranium projects in exchange and in exchange major economies would lift heavy sanctions imposed on the nation in place for decades.

Those who remain in the deal -- France, Germany, Britain, Russia, and China -- still see the Joint Comprehensive Plan of Action (JCPOA), Iran deal, as the option for Tehran and the world and are still trying to salvage it.  In a letter from Iranian Foreign Minister Mohammad Javad Zarif to his counterparts, he asked "the remaining signatories and other trade partners" to "make up for Iran's losses" caused by the U.S. exit, in order to save the deal.

"The JCPOA (nuclear deal) does not belong to its signatories, so one party can reject it based on domestic policies or political differences with a former ruling administration," Zarif said in his letter, parts of which were published by the state news agency IRNA on Sunday.

However, the foreign minister reminded the other signing nations that it was agreed upon by all signatories after, "meticulous, sensitive and balanced multilateral talks", and could not be renegotiated as the United States demands.  He said the U.S. made an "illegal withdrawal" from the deal and is using "bullying methods to bring other governments in line" effectively discrediting the rule of law in an international arena.

Iran's top leader Ayatollah Ali Khamenei has announced a series of conditions for the European affiliates of the JCPOA if they want his country to stay in the deal, including ways to safeguard Iran’s trade and oil sales.

Trump abandoned the agreement on May 8th, reiterating it was a “terrible deal” arguing that it should limit Iran’s dealings with Syria, Iraq, Yemen, and Lebanon. He also wants to see atomic inspections in Iran run indefinitely, rather than until 2025 as set by the agreement.  The remaining JCPOA parties tell Trump that his decision to withdraw from the pact is counterproductive and actually jeopardizes efforts to limit Iran's atomic weapons plan.

Since the deal was put in place in 2016 international sanctions were lifted with those still in the deal, and Iran has stopped producing some 20 percent of its enriched uranium pre-deal giving up the majority of its stockpile. Foes of Iran in the region, Saudia Arabia and Israel, both congratulated Trump's leaving the JCPOA and reimplementing sanction on Iran.