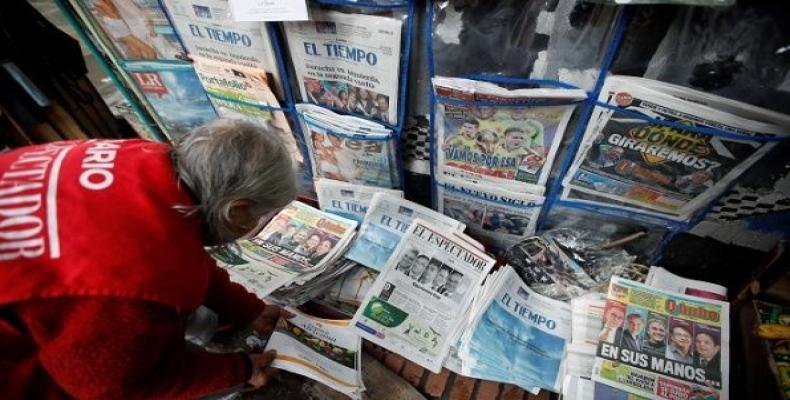 Bogota, June 12 (RHC)-- Colombia's largest guerrilla group, the National Liberation Army (ELN), has announced a unilateral five-day truce to facilitate the development of the second round of presidential elections, a decision it described as a sign of the group’s will for peace.

The announcement from the rebel group will help to carry out a quiet election day without threats of attacks.  Colombians will go to the polls this coming Sunday to choose the successor of Juan Manuel Santos -- a choice between right-winger Ivan Duque and leftist Gustavo Petro.

"This unilateral measure shows again the will of the ELN in the construction of a true democracy in which the voice of the people can be expressed massively and freely at the polls," said a statement from the rebel group, which stated that the suspension will take place between Friday, June 15 and midnight, June 19.

This is the second suspension of hostilities that the ELN unilaterally declares in less than a month as part of the presidential elections in Colombia.  The rebel group consisting of about 1,500 fighters declared a truce in mid-May, with the aim of facilitating the first round.

The Santos government and the ELN are currently holding peace negotiations in Cuba in an effort to end a conflict of more than half a century that has left 220,000 dead and millions displaced.

At the end of 2016, Santos managed to sign a peace agreement with the Revolutionary Armed Forces of Colombia, or FARC, after four years of talks also in Cuba, which saw the Marxist group disarming and forming a political party.