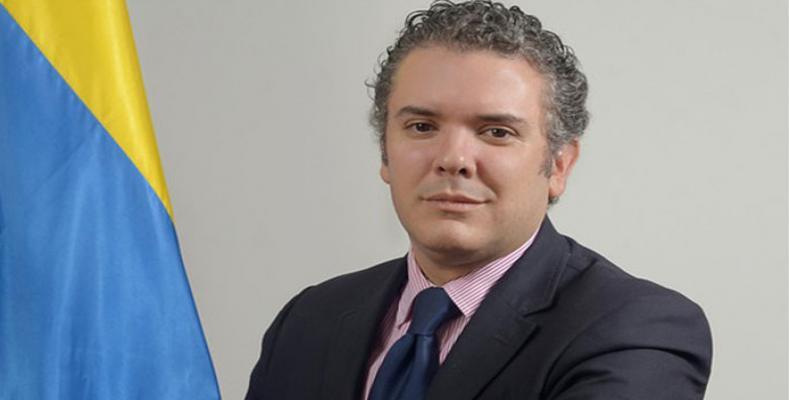 Bogota, June 18 (RHC)-- The conservative candidate from the Democratic Center Party, Ivan Duque, has been elected to become the next president of Colombia.

Duque, who opposes the peace deal, won in a second round runoff election on Sunday with 53.9% of the vote, defeating Bogotá’s former mayor Gustavo Petro.

In a concession speech, Petro challenged Duque to break with his hardline allies and with former right-wing president, Alvaro Uribe, in particular.  He also promised to mobilize his considerable following into a combative opposition that will fight for social reforms and defend the peace accord.

"Those eight million Colombians are not going to let Colombia return to war," Petro said to thunderous applause from supporters chanting "Resistance!"

With Duque´s elections, many worry about the fate of the fragile peace deal signed with the FARC rebels in 2016, which formally ended 52 years of civil war that left 220,000 dead and seven million displaced.

Duque is supported by Alvaro Uribe, one of the peace accord's fiercest critics.  Duque says his party "does not want to tear the agreement to shreds" but rather "make it clear that a Colombia at peace is a Colombia where peace meets justice."

Duque -- who will turn 42 just before taking office on August 8th -- will be Colombia’s youngest-ever president.