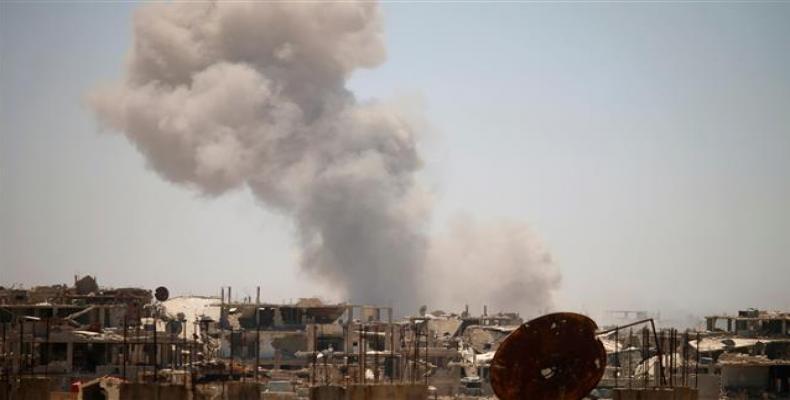 United Nations, June 29 (RHC)-- The UN says over 45,000 people have been displaced following the ongoing conflicts in Syria’s southwestern province of Dara’a, warning that the number could double if clashes continue.

"We expect the number of displaced people could nearly double as violence escalates," Bettina Luescher, spokeswoman for the UN’s World Food Program (WFP), said at a briefing.  Spokesman for the UN Office for the Coordination of Humanitarian Affairs (OCHA) Jens Laerke said at the same briefing that civilians including children have lost their lives and injured during the conflicts and a hospital has been put out of operation.

Earlier, media sources in Lebanon’s Hezbollah and the Syrian Observatory for Human Rights said that the Syrian army troops had managed to push the Takfiri Hayat Tahrir al-Sham (HTS) terrorists out of the Laja area and the strategic town of Busra al-Harir in Dara’a Province.

Syrian army forces have made fresh gains against Takfiri terrorist in Dara’a Province, liberating the strategic town of Busra al-Harir.  Syria’s southwest region is strategically sensitive because of its proximity to the frontiers with both Jordan and the Israeli-occupied Golan Heights.

The territory’s return to the Syrian government control would cut the much-reported collaboration between Israel and militants and deal a blow to Tel Aviv’s plans to consolidate its grip on the Golan Heights, which has been used by the regime to treat wounded militants for years.