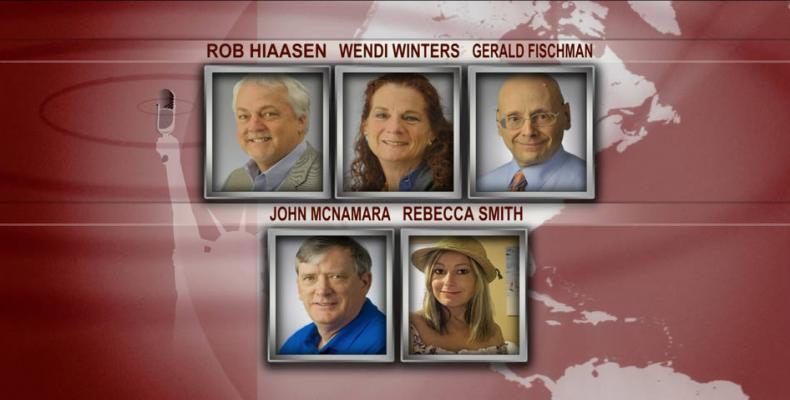 Washington, June 29 (RHC)-- In Annapolis, Maryland, a gunman armed with a shotgun and smoke grenades stormed the newsroom of the Capital Gazette newspaper on Thursday afternoon, killing five people and injuring two others.

The dead journalists were identified as editors, reporters and staff: Rob Hiaasen, Wendi Winters, Gerald Fischman, John McNamara, and Rebecca Smith.  Phil Davis, the courts and crime reporter for the Capital Gazette, tweeted: “There is nothing more terrifying than hearing multiple people get shot while you’re under your desk and then hear the gunman reload.”

Surviving journalists remained defiant and published a Friday edition of the Capital Gazette this morning.

Police took the alleged shooter into custody alive.  They identified him as Jarrod W. Ramos, a 38-year-old white man from Laurel, Maryland, with a history of posting violent threats on social media.  Ramos unsuccessfully sued the Capital Gazette for defamation in 2013 after the paper reported on his on-line verbal abuse of a female former classmate—for which Ramos pleaded guilty to a misdemeanor harassment charge.

A Twitter account bearing Ramos’s name in 2015 made an explicit threat against two employees at the Capital Gazette, saying: “It would be nicer to see [them] cease breathing.”  One of those threatened, Tom Marquardt, reported the threat to police at the time, prompting officers to visit Ramos at his home. But police did not charge him, citing a lack of evidence.  Marquardt responded to Thursday’s massacre saying: “In my day, people protested by writing letters to the editor; today it’s through the barrel of a gun.”