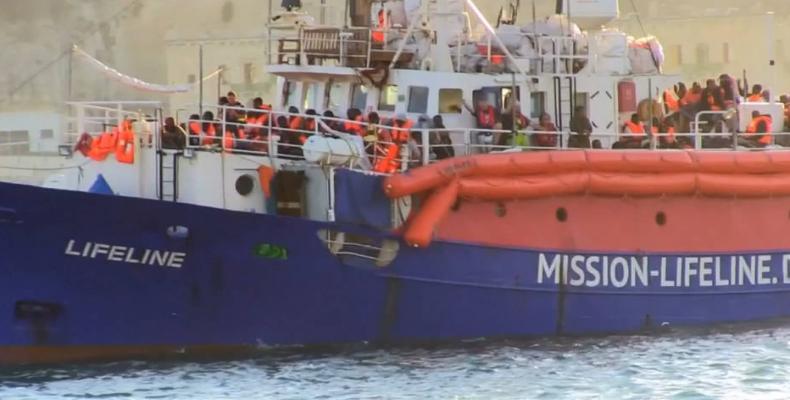 Tripoli, June 30 (RHC)-- In the Mediterranean, a humanitarian aid ship carrying 230 migrants rescued at sea docked in Malta, after Italy’s newly-minted government turned the vessel around.  The ship, run by the German charity Lifeline, was the second denied a berth in Italy this month, after newly confirmed anti-immigrant Interior Minister Matteo Salvini said rescue ships are no longer welcome in Italy.

Malta’s government said it was allowing the vessel to dock as a one-time agreement on humanitarian grounds, and will launch an investigation into whether to criminally charge the ship’s crew.