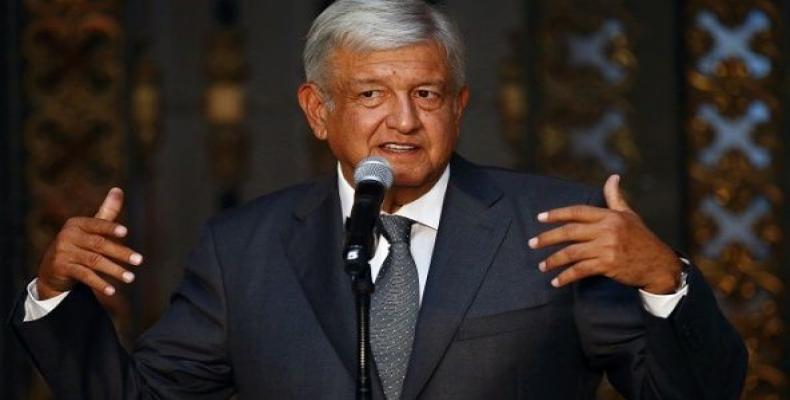 Mexico City, July 6 (RHC)-- Mexican President-elect Andrés Manuel López Obrador says he wants to work "in concert" with the business sector of the second largest economy in Latin America.  The 64-year-old politician met with the powerful Business Coordinating Council (CCE), the most important business representation body in the country, and with which he had some disagreements in recent months.

López Obrador has promised to respect private investment, maintain fiscal discipline and leave the autonomy of the central bank intact.  However other promises he made such as reviewing millionaire energy contracts granted by the current government and canceling a capital airport that is already under construction due to suspicions of irregularities, generated a stir in the markets and investors.

"We will work hand in hand, the business sector and the next government," said the politician known by his acronym AMLO before entering the meeting with the business leadership.  Following the meeting, which lasted for just over two hours, López Obrador said the conversation was "cordial."  He said: "We have confidence in the business sector and they have expressed their confidence in the new government that will lead the transformation actions in our country."

Lopez Obrador, who will take office on December 1st as the country's first leftist president in decades and whose party is shaping up to achieve a majority in Congress, said that "it is not going to act arrogantly, it will not impose anything."