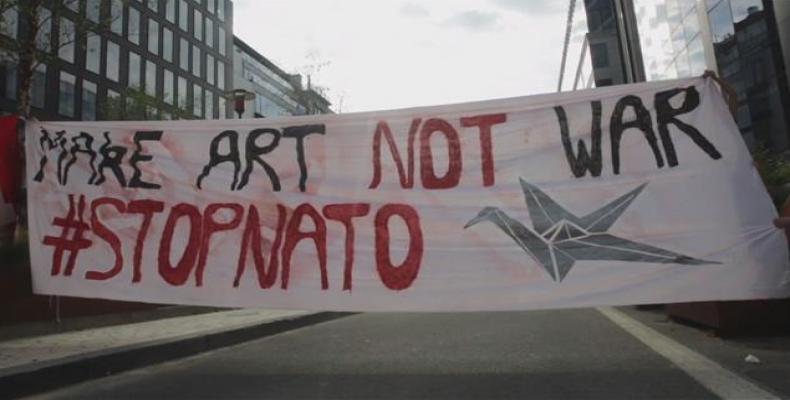 Brussels, July 12 (RHC)-- Protesters took to the streets of Brussels on Wednesday as the NATO summit continued in the Belgian capital.

U.S. President Donald Trump called on NATO member nations to increase their military spending to 4 percent of gross domestic product -- doubling his previous demand that they meet targets of two percent by January.  Trump’s comments, made during a tense NATO summit in Brussels, reportedly prompted the military alliance to call an emergency session to respond to the demands.

The Washington Post reports Trump said the U.S. was prepared to “go it alone,” and threatened to “do his own thing” unless the target was met. On Wednesday, NATO Secretary General Jens Stoltenberg downplayed reports of tensions with Trump, even as he said NATO members were prepared to increase military spending.

Demonstrators could be seen chanting slogans and holding banners.  One of the organizers, Joselyne de Markten, explained the reasons for the rally.  She said: "We are protesting the growing militarism of the EU and the NATO member states' role in fueling conflict and oppression around the world."