EU will punish European companies if they comply with U.S. sanctions on Iran 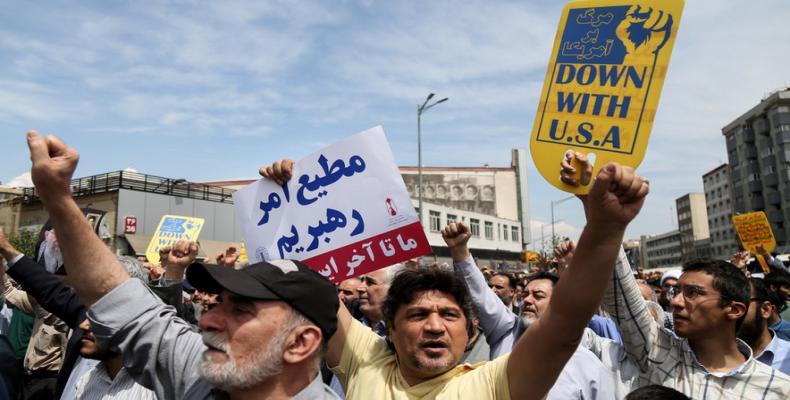 Brussels, August 8 (RHC)-- If European companies cave in to U.S. President Donald Trump's threat of secondary sanctions and stop doing business in Iran, they will be punished by the EU itself, says the aide to Federica Mogherini, the bloc's foreign policy chief.

“If EU companies abide by US secondary sanctions they will, in turn, be sanctioned by the EU,” Nathalie Tocci told BBC Radio 4 in an interview, as reported by NBC.

According to Tocci, the move would show Iranians that the Europeans are serious about keeping the 2015 nuclear deal intact despite Washington's efforts to tear it down.  Earlier, the EU enacted the Blocking statute to forbid its companies from complying with the U.S. sanctions, which came back into force on Monday as part of Washington's push to bend Tehran to comply with its multiple demands.

Since Trump pulled the U.S. out of the 2015 JCPOA agreement, which envisioned the lifting of economic sanctions on Iran in exchange for it winding down its nuclear development, the other signatories have been scrambling to keep the deal alive.

Donald Trump, meanwhile, wants a new deal, which would also end Iran's missile program and regional influence ambitions.  As U.S. sanctions were reintroduced on Monday, Trump warned that "Anyone doing business with Iran will NOT be doing business with the United States."