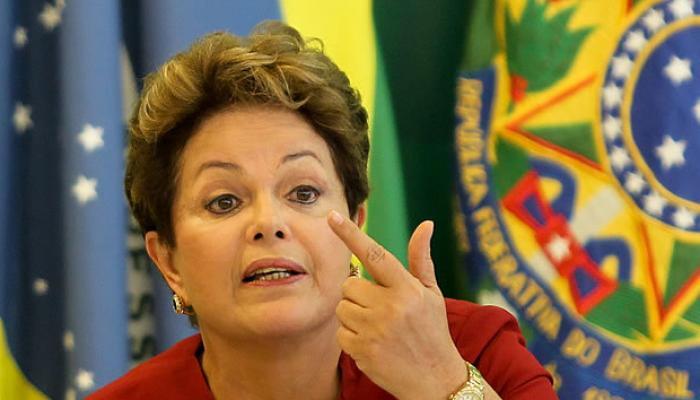 In comments posted on Twitter, Rousseff expressed her support for former Brazil international mid-fielder Arouca, who was racially abused by a fan while representing Santos against Mogi Mirim in the Sao Paulo state championship last Thursday.

"It's inadmissible that Brazil, the country with the largest Black population out of Africa, has racism issues," Rousseff said.

And in February, Cruzeiro midfielder Tinga, also a former Brazil international, was subjected to monkey chants by Real Garcilaso fans during a Copa Libertadores match in Peru.

Rousseff also pledged to make the anti-racism message a theme of this year's World Cup. The Brazilian president said: "We are going to take on racism. We have agreed with the United Nations and FIFA that this will be a World Cup against racism."