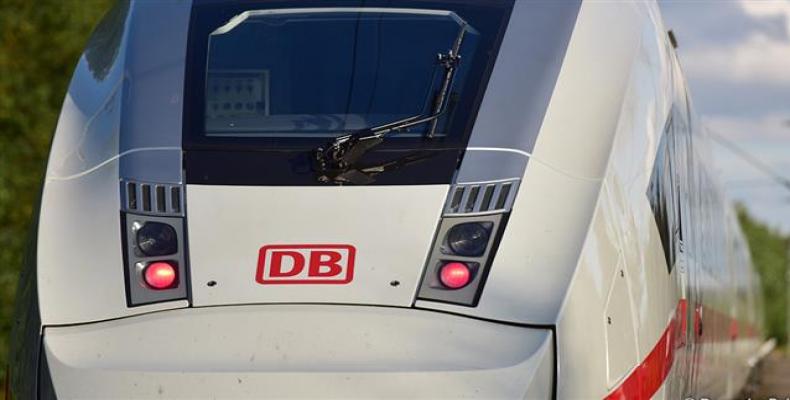 Deutsche Telekom, Europe's largest telecommunications provider, already stopped all transactions in Iran in May. Deutsche Bahn will have its projects phased out by the end of September, German weekly business news magazine Wirtschaftswoche reported Thursday.

Both companies have confirmed the report.  They are ignoring an appeal by EU foreign policy chief Federica Mogherini, who has called on Europeans to intensify Iran business in response to President Donald Trump’s sanctions.

Deutsche Bahn is currently involved with its subsidiary DB Engineering & Consulting in two projects in Iran, a corporate spokeswoman said on Thursday.  “Both projects will be ended in August and September 2018 respectively,” she said. “Due to the altered banking practice we have sought to bring the contract to an amicable and timely conclusion.”

Deutsche Bahn says it is currently involved in two projects in Iran.  Like other companies, the German rail operator is troubled by the fact that many international banks are now refusing to handle major financial transactions with Iran.

In May 2017, the company signed a Memorandum of Understanding (MoU) with the Iranian railway operator Bonyad Eastern Railways (BonRail) for the first project to identify and address potential in rolling stock and organization.

The second project involved a consultancy contract for the Iranian state railway RAI that included restructuring the company.  Deutsche Telekom already stopped all transactions in Iran in May.  The company probably wants to remove the risk of providing U.S. regulators with a pretext to stop the laboriously negotiated takeover of Sprint Corp by its U.S. unit, T-Mobile.

Just three weeks after the announcement of the takeover, Telekom pulled the ripcord on May 18 and withdrew all employees of its in-house consulting Detecon from Iran.  "The business activities of Detecon in Iran were quite low. Until the decision was taken, sales in Iran amounted to about 300,000 euros in 2018," said a spokeswoman.

Detecon, a subsidiary of Deutsche Telekom’s IT services arm T-Systems, had deployed employees with the fixed-line operator Telecommunication Company of Iran (TCI) and the mobile operator MTN Irancell to offer consulting services.

Deutsche Telekom and Deutsche Bahn follow German automaker Daimler and tunneling company Herrenknecht in slamming the door in Iran’s face.  While the pullout has little economic significance, it flies in the face of the EU implementing a “blocking statute” which aims to keep trade with Iran on track.

The family-run world leader in tunnel-boring equipment said last Thursday that it had to give up a deal worth 20 million euros ready for signing.  The deal included delivering a tunneling machine for the construction of a large car tunnel, company boss Martin Herrenknecht told Wirtschaftswoche.

Daimler, the maker of Mercedes-Benz trucks and luxury cars, announced earlier this month that it had put its expansion plans in Iran on ice in the face of new U.S. sanctions against the country.

The exodus flies in the face of the EU implementing a “blocking statute” which is purported to protect firms against possible fallout from breaching U.S. sanctions on Iran.