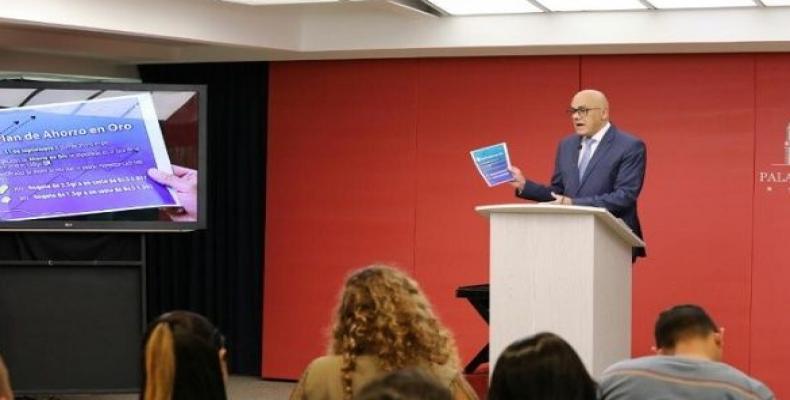 Caracas, Aug 30 (RHC) Venezuela’s Minister of Communication and Information, Jorge Rodríguez, has rejected a campaign being waged against his country related to migration flows to neighboring countries.

He pointed out that in August alone there were 187 fake news stories on the subject, and he mentioned the recent return of 89 Venezuelans from Peru, where they were vexed and slandered.

“This Tuesday those citizens returned to the country on a plane paid for by the Government of Nicolás Maduro, after they suffered ill treatment in the South American country,” the minister said.

The minister said that at present 5.5 million Colombians, half a million Peruvians and 400.000 Ecuadoreans live in Venezuela and that they all benefit from free social programs offered by the Bolivarian government, in tune with the solidarity and protection policies for migrants exercised by the governments of Hugo Chavez and Nicolas Maduro.

He noted that those figures have not elicited a declaration of emergency over migration, nor they have prompted any financial aid from the US

Rodriguez said that the presence of those migrants in the country represent over 3 billion dollars in expenses for health, education, food, gas, electricity, gasoline

He also recalled that in October 2017, the delegate of the office of the United Nations (UN) for the treatment of refugees, 'recognized the work that Venezuela has done in this matter.'

'The fact that Venezuelans have gone to other countries, is being used in a barbaric, criminal and xenophobic manner by xenophobic and racist governments, as is the case of the Governments of Colombia and Peru, currently encouraging hatred of Venezuelans.

Jorge Rodríguez said the governments of Colombia and Peru were hypocritical and  exhorted them, as well as international media that use the figures of migration as a political weapon against Venezuela, to say 'the truth'. 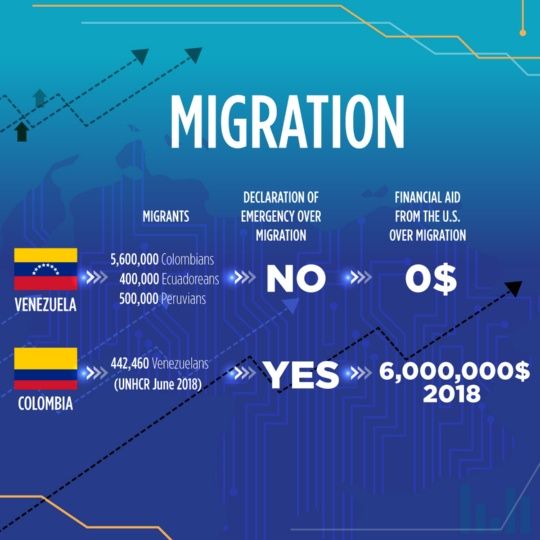