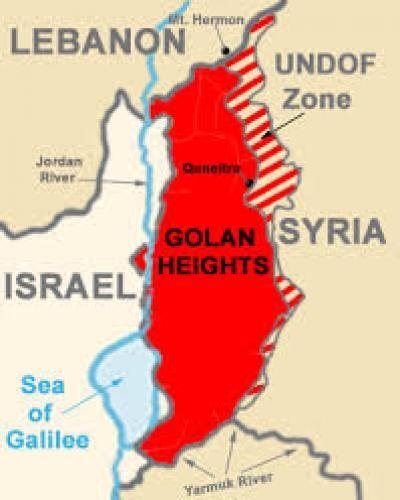 Tel Aviv, September 7 (RHC)-- The Israeli army has admitted, for the first time, that it provided large amounts of cash, weapons and ammunition to foreign-sponsored Takfiri terrorists operating in the occupied Golan Heights.

The Israeli ministry of military affairs confirmed that the Tel Aviv regime, as part of the so-called Operation Good Neighbor which was launched in 2016, had been regularly supplying militants in Syria with light weapons in order to fight Syrian government troops, and a substantial amount of cash to buy additional arms.

Moreover, the Israeli military provided over 1,524 tons of food, 250 tons of clothes, 947,520 liters of fuel, 21 generators plus 24,900 palettes of medical equipment and medicine through the operation.

The Israeli regime is reportedly arming at least seven different terror groups in Syria's Golan Heights, including the Fursan al-Joulan militant outfit.  The group, which is aligned to the so-called Free Syrian Army (FSA) terrorist network has been given an estimated $5,000 per month by Israel.

Syria's official news agency SANA reported that Syrian troopers made the discovery in the village of al-Rafid as they were carrying out clean-up operations in the area.

Israel's minister of military affairs says the regime sees no reason to observe post-war agreements in Syria now that the war is coming to an end.  It had an operating room with adequate Israeli-made medical devices, laboratory equipment and a warehouse where large quantities of Israeli- and Jordanian-made medicine were being kept.

There were also medical products manufactured by a number of Persian Gulf littoral states, particularly the United Arab Emirates, in the warehouse.

Meanwhile, Syrian air defense missile systems have intercepted and destroyed a number of Israeli missiles aimed at military sites in the country's western provinces of Hama and Tartous, forcing attacking military aircraft to leave the area.

Medical sources at Masyaf National Hospital said they had received the body of a civilian.  Another 12 people were taken to the hospital with various degrees of injuries.

Syria has been gripped by foreign-backed militancy since March 2011.  The Syrian government says the Israeli regime and its Western and regional allies are aiding Takfiri terrorist groups wreaking havoc in the country.