Thousands of Nicaraguans march in support of government 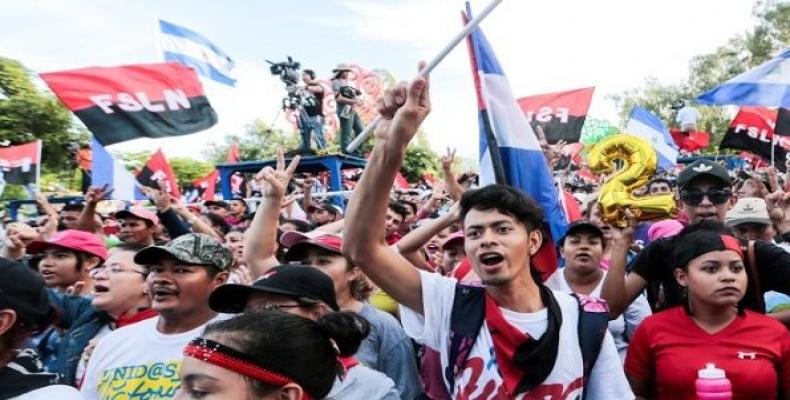 Managua, September 21 (RHC)-- Thousands of government supporters marched through the streets of Managua to show their support for Nicaraguan President Daniel Ortega and demand justice for the “198 victims of coup plotting terrorism,” who were killed in the context of violent anti-government protests.

Demonstrators carried banners with the slogan “We march for peace, justice, and life,” with red and black Sandinista flags, and the national flag of Nicaragua.  The 6-kilometer march ended with popular music and dance.

The pro-government demonstration was organized two days after opposition forces protested, demanding what they called "justice and freedom" in the country.  While opposition groups accused the president of being responsible for suppressing street protests that led to hundreds of deaths, Ortega, in a recent interview with EFE, rejected state repression allegations and reiterated the United States government and drug trafficking networks were financing and arming opposition groups.

According to Nicaragua's Commission for Truth Peace and Justice, 270 people died and over 2,100 were injured during the protests.

In previous Sandinista demonstrations, Ortega criticized the United Nations for siding with the powerful and not recognizing the government supporters who were killed, tortured, and beaten during the protests.

The Nicaraguan political crisis began in mid-April when protesters took to the streets against a proposed social security reform that sought to overcome the system’s financial crisis by increasing contributions from both employees and employers to avoid raising the retirement age.

President Ortega withdrew the reform and issued calls for dialogue to avoid a spiral of violence, but the protesters' demands shifted towards getting Ortega to step down before his term ends in 2021, a request the government has rejected.