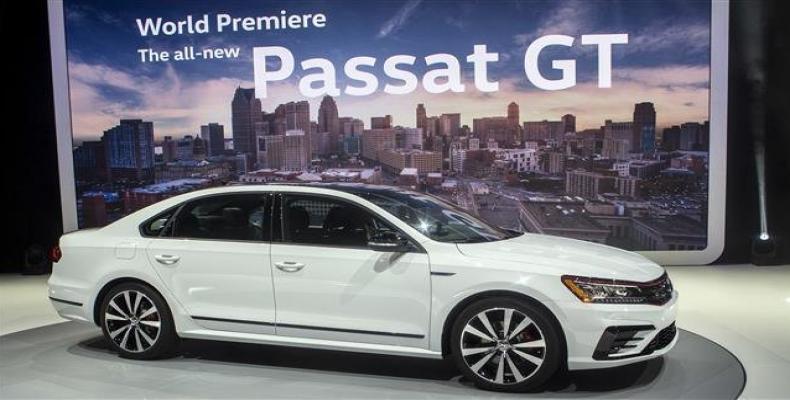 Berlin, September 24 (RHC)-- Volkswagen (VW) has rejected U.S. claims that the German car manufacturer has decided to quit Iran amid American sanctions, saying it has not changed its position on the Islamic Republic yet.

A report by Bloomberg quoted U.S. Ambassador to Berlin Richard Grenell as saying that Volkswagen had decided to end doing business with Iran after weeks of talks with the US administration.

However, a source close to the German company dismissed the report, saying there had been no talks with Grenell on Iran.  In a statement cited by Bloomberg, the company merely said it is closely monitoring the economic and political developments in Iran and the region.

A Volkswagen spokesman also told Reuters that the company’s position had not changed in recent weeks. Moreover, AFP quoted a source familiar with the talks as saying that the  carmaker and the U.S. government had not yet reached a final accord.

Even if it fully complies with U.S. sanctions, VW will still be able to do some business in Iran under a "humanitarian exception", Bloomberg reported.  Grenell, a former U.S. spokesman at the United Nations and an outspoken supporter of President Donald Trump, is widely known for stirring up controversy in his host country with public sallies on business and politics.

He has appeared to take credit for decisions by European companies to withdraw from Iran in a series of tweets and interviews over the past weeks, announcing the withdrawal of German blue chips like Siemens, BASF, and now Volkswagen, to the surprise of the companies themselves.

Volkswagen announced in July 2017 that it planned to sell cars in Iran for the first time in 17 years, taking advantage of the removal of sanctions that accompanied the signing of the Iran nuclear deal, officially known as Joint Comprehensive Plan of Action (JCPOA).

Earlier in August, the other German carmaker Daimler, the maker of Mercedes-Benz trucks and luxury cars, announced that it had suspended expansion plans in Iran in response to US re-imposition of sanctions on the Islamic Republic.