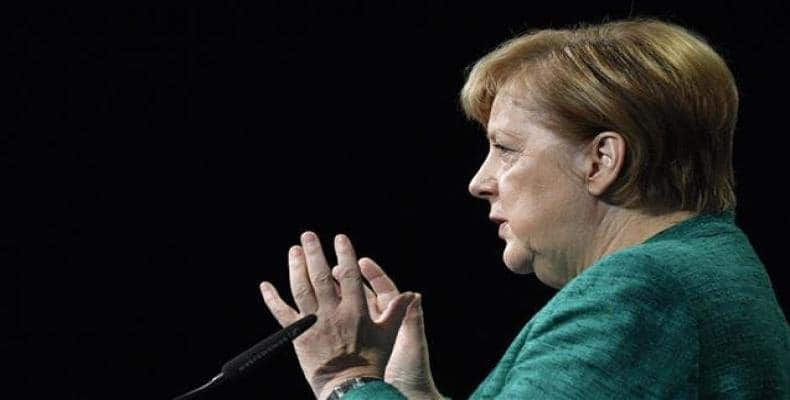 Berlin, September 27 (RHC)-- German chancellor Angela Merkel has slammed United Kingdom’s lack of clarity in talks for the country’s withdrawal from the European Union, saying British authorities do not really show what they are seeking as an outcome of the Brexit negotiations.

Merkel said that success in ongoing Brexit talks will depend “largely on what it is Britain really wants, and on this the discussion has still not been entirely clear.”  The German leader told a business conference in Berlin that a deal on Brexit could only come within the next six to eight weeks, adding, however, that Britain had still not expressed a clear position on how its relations with the EU would be after it leaves the bloc in March next year.

The remarks come just days after EU leaders called on Britain to rework its key proposals for a divorce agreement.  That position, which was taken during an informal EU summit in Austria, further undermined British Prime Minister Theresa May’s hopes for a deal that could guarantee a smooth Brexit.

Merkel, whose country is EU’s dominant economic power, said that progress in Brexit talks would be achievable in October, a month before the EU could hold an emergency summit to discuss Brexit.  Merkel said such a summit would “probably” take place, but she asked for concrete proposals on both sides that could clearly outline the future relations.

Earlier, Merkel’s ruling party in Germany said that the EU should be more careful in dealing with Britain’s proposals for leaving the bloc, saying too much of harshness vis-à-vis Britain would weaken pro-EU voices in Britain.

Annegret Kramp-Karrenbauer, general secretary of Merkel’s Christian Democrats, said that EU’s strict handling of Brexit might alienate proponents of continued British membership or those who want the future Britain-EU relationship to be as close as possible.

Kramp-Karrenbauer said her party had discussed in a recent meeting the stances adopted by some senior EU officials during the last week EU summit in Salzburg, adding that there was a “very fine line” between being straightforward toward Britain about what it could demand as part of a divorce deal and what could alienate the pro-EU voices in the UK.