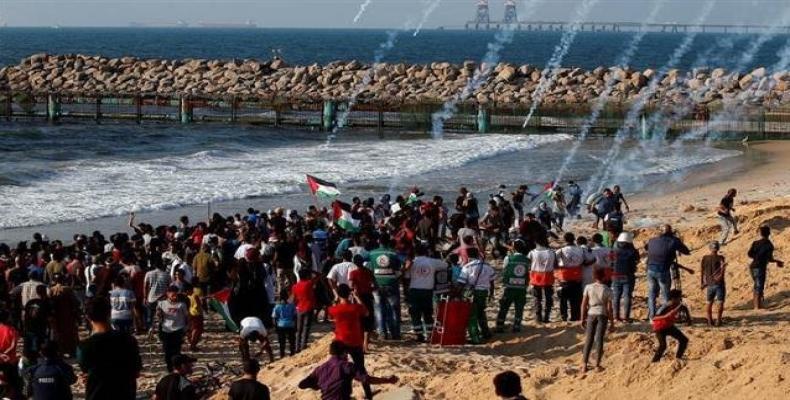 Gaza City, September 27 (RHC)-- In the Gaza Strip, hundreds of Palestinians held a funeral for a man who was shot and killed earlier this week near Israel’s separation barrier with the besieged Palestinian territory.  Gaza’s health ministry says 90 others were injured after Israeli forces used tear gas and live bullets to disperse protesters.

Palestinians in the Gaza Strip have been protesting since March 30th under the banner of the Great March of Return.  Since then, Israeli forces have killed at least 174 Palestinians and wounded over 18,000 others.

The latest funeral came as the World Bank said in a new report Gaza’s economy is in “free fall” and “collapsing” due to Israel’s 11-year blockade of the Palestinian territory.

The report found youth unemployment in Gaza is about 70 percent, adding: “A situation where people struggle to make ends meet, suffer from worsening poverty, rising unemployment and deteriorating public services such as health care, water and sanitation, calls for urgent, real and sustainable solutions.”