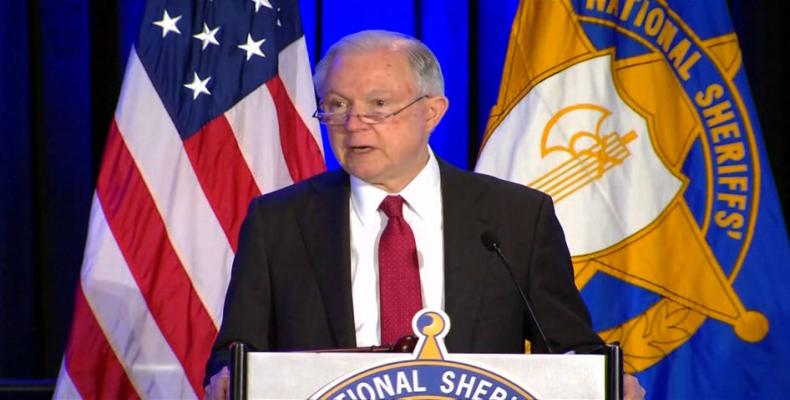 Sources briefed on the matter told the Post that the conversation was vague and did not specify if Whitaker would take over in an interim or permanent capacity.

Trump has publicly voiced his displeasure with the Attorney General, since Sessions recused himself from the Justice Department’s (DOJ) investigation into possible collusion between the Trump campaign and Russia during the 2016 election.

Whitaker, a former federal prosecutor in the Iowa district, has good contacts in the White House and a good relationship with Trump, and two weeks ago it was rumored that Trump planned to name him as a substitute for the 'number two' of the Department of Justice, Rod Rosenstein. .

Rosenstein has also been seen as a top target of Trump's, with reports last month suggesting the president could fire his deputy attorney general. Trump, however, sought to downplay reports, stating Monday that he would not fire Rosenstein.

Trump, last month, escalated his attacks on Sessions, telling Hill.TV, “I don’t have an attorney general.”