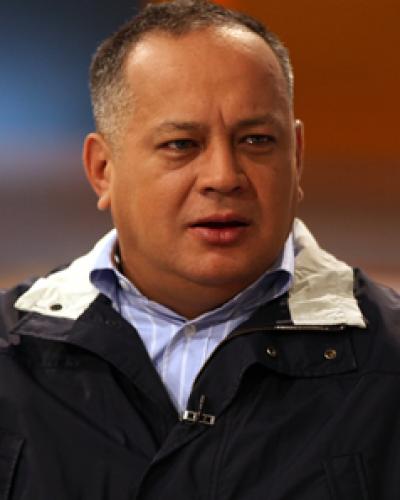 Caracas, October 11 (RHC)-- The President of Venezuela's National Assembly, Diosdado Cabello, and the Attorney General of the Republic, Luisa Ortega, supported the request of special powers for President Nicolas Maduro to make progress in the fight against corruption.

In separate television appearances, both representatives of the nation's government expressed their support for the president's initiative, which seeks to grant special powers to legislate for 12 months based on the need to establish "exemplary punishments" and increase penalties against corruption.

Cabello said on Venezuelan public television that within two to three weeks the bill enabling special powers should be approved, which is to be discussed as every law from the next ordinary session of Parliament.

To this aim, at least three-fifths (99 deputies) of the legislature are required to vote in favor of the bill, but the bed aligned with the Government only has 98 members.

Cabello added that given the rush in fighting corruption and the economic war, this is supposed to be a quick process, even if the opposition has spoken out against this step.

For his part, Ortega said in an interview to a private TV channel that according to the Constitution, the President has full authority to request special powers allowing him to legislate and noted that this mechanism is not a novelty in the political history of the country.

The president himself said Tuesday that "this is a matter of life or death for the Bolivarian Republic of Venezuela."