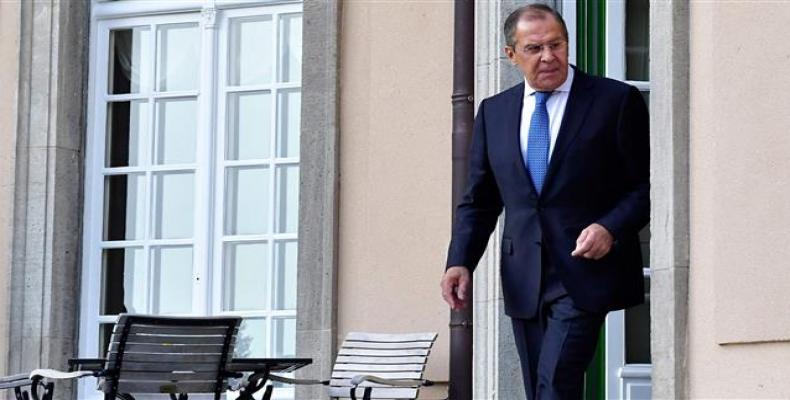 United Nations, October 12 (RHC)-- Russia has strongly criticized Israeli Prime Minister Benjamin Netanyahu for asking the international community to recognize the regime’s claim to “sovereignty” over the occupied side of Syria’s Golan Heights, warning that any such move would constitute a flagrant violation of UN Security Council resolutions.

“The status of the Golan Heights is determined by the resolutions of the UN Security Council.  Changing this status bypassing the Security Council, from my perspective, would be a direct violation of these resolutions,” affirmed Russian Foreign Minister Sergei Lavrov.

The Russian top diplomat was referring to UN Resolution 497, passed in 1981, which stated that the “Israeli decision to impose its laws, jurisdiction and administration in the occupied Syrian Golan Heights is null and void and without international legal effect.”

Israel seized the Golan Heights from Syria during the 1967 Six-Day War and has continued to occupy two-thirds of the strategically-important territory ever since, in a move that has never been recognized by the international community.

Lavrov’s comments came two days after Netanyahu said the international community should recognize as “Israeli territory” the Golan Heights, which has been under the regime’s occupation for over five decades.

During a visit to the occupied territory this week, the Israeli premier said he would discuss Israel’s sovereignty over the Golan Heights in his upcoming meeting with Russian President Vladimir Putin, claiming that the Russian leader “understands the importance I attach to the Golan Heights.”

He claimed that if Israel withdraws from the occupied Golan, the regime would find itself with Iran and the Lebanese resistance movement Hezbollah on the “shores of the Kinneret (sea of Galilee)” in the northern part of occupied territories.

Israel is deeply angered by Iran’s military advisory assistance to Syrian armed forces in their operations against the terrorist groups, which have the backing of Tel Aviv and its allies.

Moscow says Iran’s anti-terror role in Syria – like its own – is legitimate as it comes at the request of the legitimate government in Damascus.  Hezbollah forces have also been assisting the Syrian government on the ground to clear areas bordering Lebanon from terrorist groups.

Israel has been on high alert in recent days as Syrian government forces have made significant gains against foreign-backed terrorists near the Golan Heights.

Tel Aviv has also been pressing the U.S. administration under Israel-friendly President Donald Trump to recognize its claim to sovereignty over the occupied territory in defiance of international law.

Syria has repeatedly reaffirmed its sovereignty over the Golan Heights, saying the territory must be completely restored to its control.  Israel captured the Golan Heights from Syria during the 1967 Six Day War, and formally annexed the territory in 1981.  UN Security Council Resolution 497 of that year declared that Israel’s annexation of the “occupied Syrian Golan Heights is null and void and without international legal effect.”  It passed unanimously.