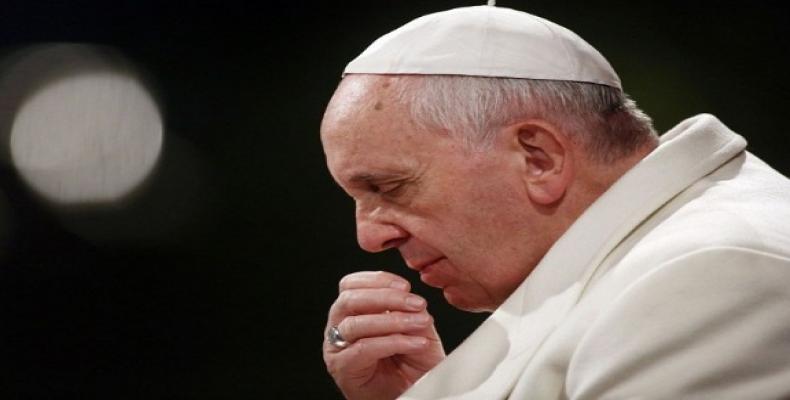 Vatican City, October 13 (RHC)-- Pope Francis has accepted the resignation of Cardinal Donald Wuerl as archbishop of Washington, D.C., the Vatican said on Friday, making him one of the most senior Catholic figures to step down in a worldwide sexual abuse crisis.

But, in a glowing letter of support, the Pope makes clear that he accepted Wuerl's resignation reluctantly, at Wuerl's insistence, and that he believes the priest is not guilty of wrongdoing.

In a highly unusual move, Francis asked Wuerl, who keeps the title of cardinal, to stay on as administrator until another archbishop could be appointed.

The Washington position is the most important and visible for the Church in the United States because of its proximity to national political power.

Wuerl, who is 77 years old, has been under fire since the release in August of a U.S. Grand Jury report on sexual abuse found evidence that at least 1,000 people, mostly children, had been sexually abused by some 300 clergymen over the course of 70 years.