“Nuns on the Bus” launch U.S. tour for tax justice 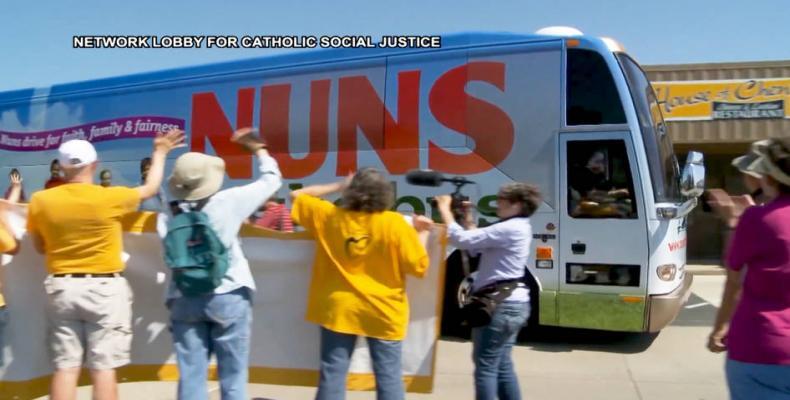 San Francisco, October 15 (RHC)-- In the U.S. state of California, the group of activist Catholic nuns known as “Nuns on the Bus” have launched a countrywide tour under the banner of a “Tax Justice Truth Tour.”

The activists will appear at events around the country focusing on the Republican tax bill, which they say poses an existential threat to many Americans.  They were joined by House Minority Leader Nancy Pelosi at the launch event, who said: “If you want peace, work for justice -- and there is no justice in this tax bill."