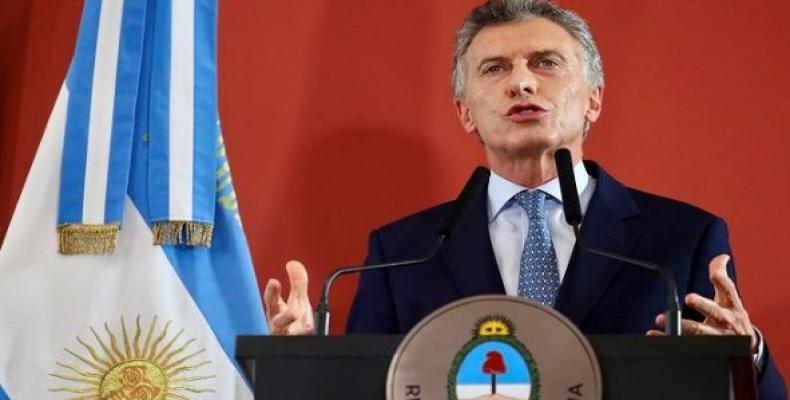 Buenos Aires, October 17 (RHC)-- The ratings for Argentinean President Mauricio Macri have fallen some 20 percentage points since last December, particularly among the middle class, prompting his administration to backtrack on its retroactive gas pay.

Last week, the minister of interior announced to the Senate that the government and natural gas distributors will split the bill to pay for gas consumed between April and September of this year.

Just days before, the administration had announced that users would pay millions in dollars for gas they had used during those months because its price had been set by the government when the peso was at 20 to one dollar last March but tanked to around 40 by September.

Not only did Macri back down on the gas measure, but also initiated a housing plan, to up Internet communications and would start road reparations in the province of Rosario, remodeling and the Mar del Plata airport, among other transportation upgrades across the country.