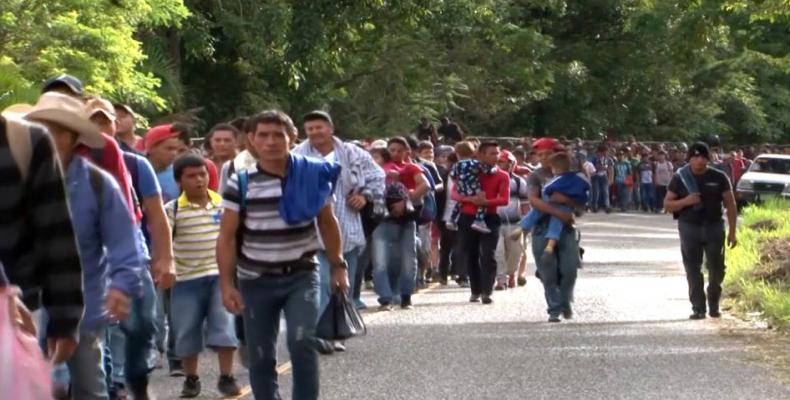 Mexico City, October 19 (RHC)-- Mexico’s federal government has deployed 200 police agents to the southern border in the state of Chiapas to try to stop Honduran migrants from entering the country without a visa.  The move has been welcomed by U.S. President Donald Trump in a tweet early Friday morning.

Guatemala also deployed hundreds of police on the eve of the arrival of over 1,600 Honduran migrants who are heading to the U.S. in an attempt to flee the rampant violence and poverty that affects Honduras and other Central American countries.  According to the migrants, they will not cross until the remaining members of the caravan, who are still in transit, arrive at the crossing point.

Mexico’s anti-riot police will not be the only obstacle in their way.  Donald Trump has warned that he will militarize the southern border and close the border to prevent them from entering the country.