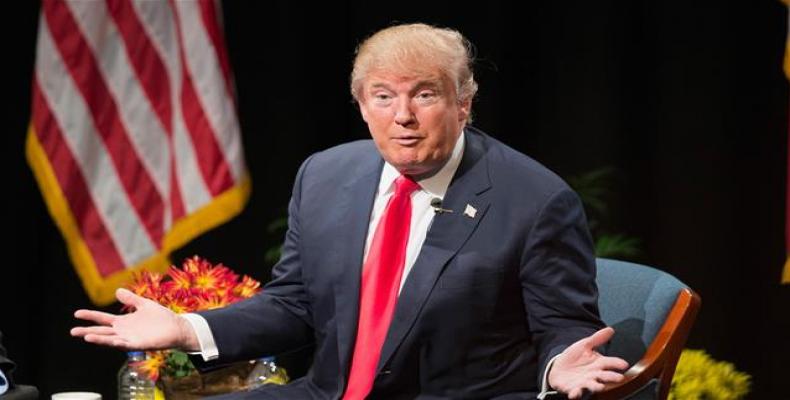 Washington, October 23 (RHC)-- U.S. President Donald Trump said in a tweet that he has alerted the U.S. military and federal border authorities that a U.S.-bound migrant caravan from Honduras was a national emergency while announcing that his administration would begin cutting aid to several nations in Central America.

"Sadly, it looks like Mexico’s Police and Military are unable to stop the Caravan heading to the Southern Border of the United States," Trump wrote in a post on Twitter, adding: "I have alerted Border Patrol and Military that this is a National Emergency."

He also added that his government would begin cutting aid to the migrants' home countries in retaliation.  Trump wrote: "Guatemala, Honduras and El Salvador were not able to do the job of stopping people from leaving their country and coming illegally to the U.S.  We will now begin cutting off, or substantially reducing, the massive foreign aid routinely given to them."

Trump's comments come as the U.S.-bound caravan of thousands of mostly Honduran migrants began moving into Mexico, shadowed by hundreds of Mexican police en route to the border city of Tapachula. "If you send us back, we will return!" a large crowd shouted in unison under the intense glare of the morning sun. "We are not criminals, we are workers!"

Mexico has increased its security at the border but said it would be issuing asylum visas for the Central American migrants who are escaping poverty, unemployment, and violence in their countries that their U.S.-backed governments have repeatedly failed to resolve.
"We're going to make it, we're going to keep moving so long as they don't stop us," said 17-year-old Honduran Jaffe Borjas, marching alongside a childhood friend at the head of the column that stretched far down the highway to the horizon.

Trump has ramped his attacks on the migrants in recent days as he threatened to cut U.S. aid to Honduras and Guatemala and other Central American countries if the migrants do not stop their march towards the United States.

“Full efforts are being made to stop the onslaught of illegal aliens from crossing our Southern Border.  People have to apply for asylum in Mexico first, and if they fail to do that, the U.S. will turn them away.  The courts are asking the U.S. to do things that are not doable!”