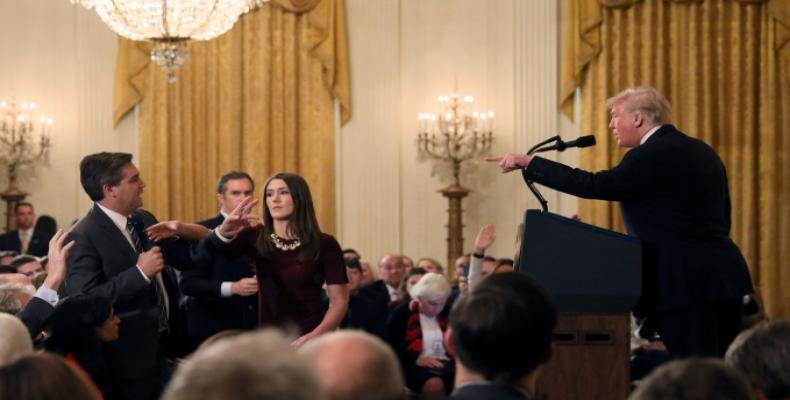 Washington, November 20 (RHC)-- The White House has vowed to reimpose a ban on CNN reporter Jim Acosta after a judge’s temporary order to restore his press credentials expires in two weeks.  The judge, who ruled on the case last Friday, called out the Donald Trump administration for it’s decision to ban Acosta earlier this month, as being “shrouded in mystery.”

Hours after Acosta clashed with the president at a news conference the day after the midterm elections, the White House announced the ban. The White House later said the reason for the ban was because he refused to yield to his fellow reporters.

In response to the ruling Friday, President Trump said he is drafting new “rules and regulations” for reporters at the White House, saying, “People have to behave.”  He also told reporters, “We have to practice decorum.”

The judge who ruled against the Donald Trump administration is a Trump appointee.